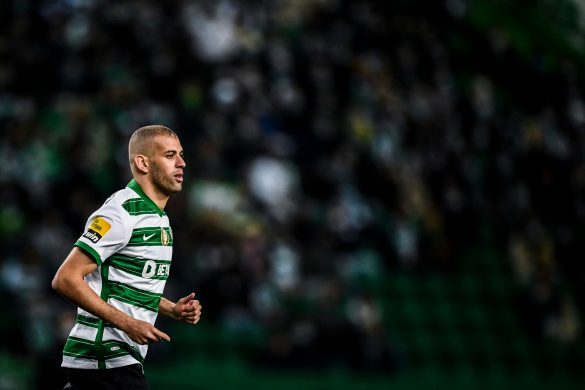 Ligue 1 team Brest have this morning announced the signing of Algerian international striker Islam Slimani, who joins on a one-year contract which includes an option for an additional season.

Having terminated his contract with Sporting CP, the striker has now joined his third club in France and becomes the third Algerian at Brest, along with his compatriots Youcef Belaïli and Haris Belkebla.

The 34-year-old spent a year and a half with Lyon, where he scored eight goals in 37 appearances in all competitions. His first experience in French football had come during a loan spell at Monaco from Leicester in the 2019/20 season, during which he scored nine league goals.

Slimani, who is the Algerian national team’s all-time top scorer, becomes the Bretons’ seventh signing of the summer, with sporting director Grégory Lorenzi having already brought in the likes of Moroccan centre-back Achraf Dari as well as French midfielder Pierre Lees-Melou from Norwich.