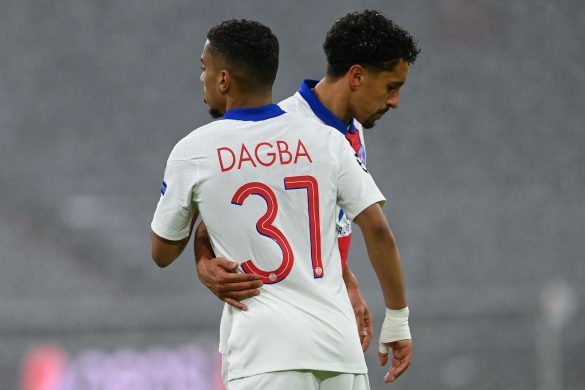 Paris Saint-Germain have announced tonight that right-back Colin Dagba has renewed his contract with the club and will go out on loan to Strasbourg until the end of the coming season.

Foot Mercato reported earlier this week that the defender had turned down approaches from Villarreal and Eintracht Frankfurt, instead deciding to remain in Ligue 1, with the Alsatian side’s manager Julien Stéphan making him a priority for this transfer window.

Dagba has been a part of the first team since 2018 and made 33 appearances in total over the course of the 2020/21 campaign. However, the arrival of Achraf Hakimi last summer has limited his options on the right flank, and has seen the 23-year-old only turn out three times in the league this year.

The former Lens and Boulogne man has nevertheless decided to remain at the club, extending his stay until 2025 as he looks to earn game time elsewhere before coming back next summer.