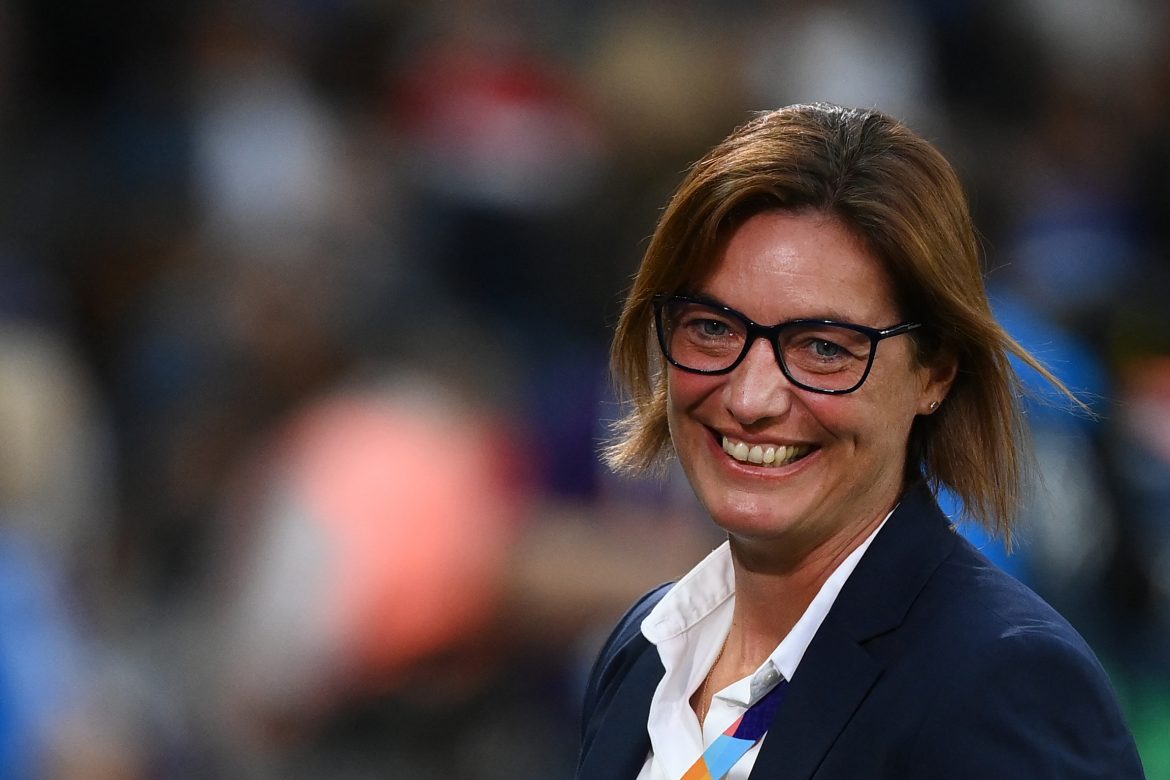 The French Football Federation has this afternoon announced that the women’s national team coach Corinne Diacre has signed a contract extension that will take her time in charge up to August 2024.

As a result, the former Clermont manager will remain in her position at least until the Olympic Games, which will be held in Paris in two years’ time.

Diacre will also oversee the team’s World Cup campaign next year, to be held in Australia and New Zealand over the summer, which the team booked their ticket for by winning eight out of eight of their qualifies. The new deal will take her controversy-laden reign to seven years, having been in her position since 2017.

The former defender recently led Les Bleues to a semi-final in this year’s Euros in England, having knocked out the reigning Dutch champions in the quarter finals before going out to Germany in the last four.