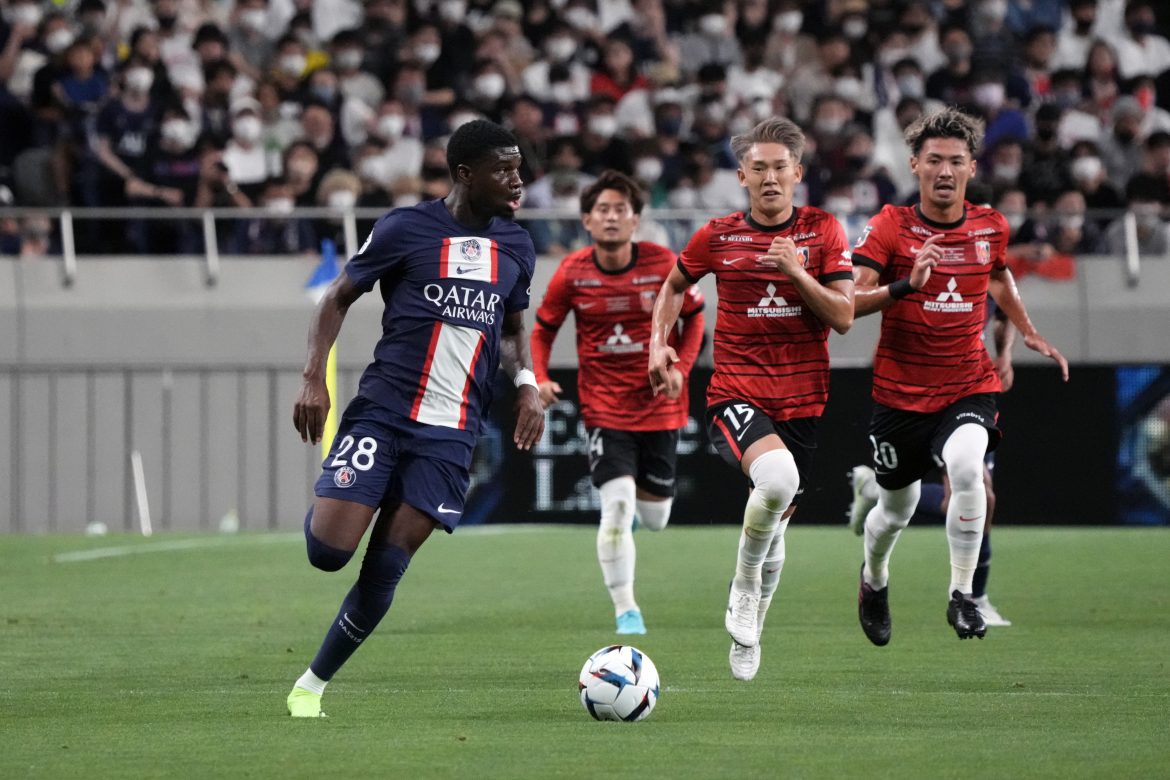 Paris Saint-Germain have this afternoon announced the contract extension of young midfielder Éric Junior Dina Ebimbe, who has also joined Bundesliga side Eintracht Frankfurt for the remainder of the season..

The 21-year-old has renewed his deal with the Ligue 1 champions until 2024, but his move to Germany also includes a permanent option.

The French youth international made ten Ligue 1 appearances last season – mostly coming at the start of the campaign before the more established players returned – as well as one game in the Champions League.

He previously underwent a loan spell at Ligue 2 side Le Havre before getting his first taste of top flight action during a season with Dijon, where he made 30 appearances, scoring once and registering an assist as well.

Foot Mercato report that the Europa League champions will be paying €6.5m at the end of the campaign should they choose to make the midfielder’s move permanent.