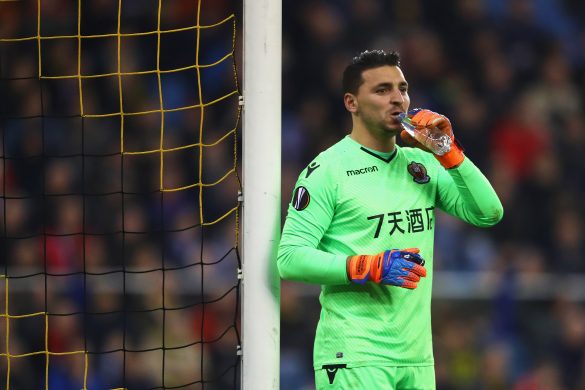 French fourth tier side SC Toulon have announced the signing of former Nice goalkeeper Yoan Cardinale, who had been without a club for the last year after his departure on a free from Les Aiglons.

The length of his contract with the Côte d’Azur side is undisclosed. The 28-year-old explained on the club’s official website that after a year of training alone, he was keen on getting back into the rhythm of things and wanted to experience matchdays and competitive football again.

He says his objective is now to enjoy his return to football, and that he instantly got along with the coaching staff and his teammates. On his future, Cardinale insists that he is not thinking too far ahead for the time being, and that “we will see what opportunities open up and the sporting development of the club”.

Cardinale made just short of a century of appearances in total for Nice, including 75 games in Ligue 1, although he would be dethroned in the number one spot after the 2016/17 season, giving way to the Franco-Argentine Walter Benítez, now of PSV Eindhoven.