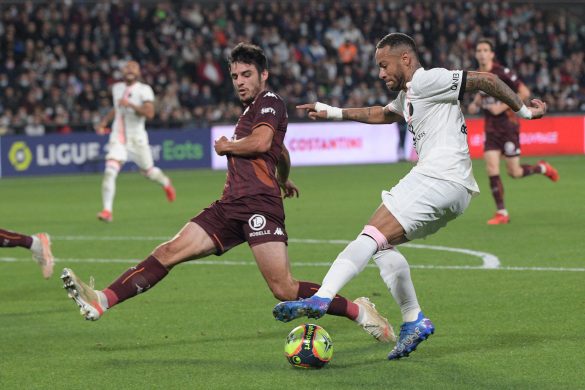 Nantes have this afternoon announced the signing of French right-back Fabien Centonze from recently-relegated Metz as a joker signing, a one-off transfer clubs are allowed to make after the summer window has closed.

Les Canaris had been interested in the French right-back throughout the transfer window, but a deal was not completed before the deadline. Goal had previously reported that following Metz’s rejection of Nantes’ bid, thought to be in the region of €4m on deadline day, Centonze felt “betrayed.”

However, Centonze has now completed the deal, signing a five-year contract with Les Canaris, and he will wear the number 28 shirt. An attacking right-back, Centonze registered four goals and one assist with Metz last season. However, he couldn’t prevent the side from dropping down into Ligue 2 this season.

Journalist Saber Desfarges adds that there was a slight issue with Centonze’s medical, in that a muscular injury was detected, which could keep him out until after the World Cup – Nantes decided to go ahead with the move worth around €4m anyway. He had also missed the entirety of the second half of last season due to injury,. and was ultimately unable to prevent his club’s relegation, but made his return on matchday six of the Ligue 2 campaign this year, against Rodez.

Kheira Hamraoui reacts to Aminata Diallo’s release: “I have faith in the justice system, but I’m scared.”