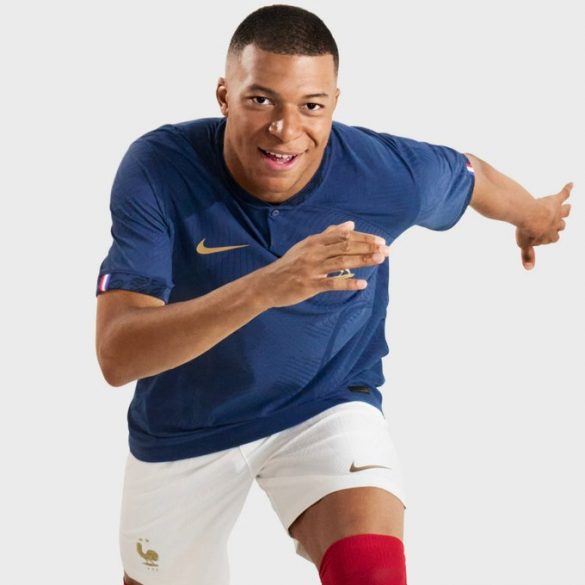 As communicated via the French national team’s official social media channels, France have revealed their home and away shirts for the Qatar 2022 World Cup – produced by Nike. The home shirt retains the classic navy blue that we all associate with Les Bleus, but features gold detailing around the two-starred crest and Nike logo – featuring a small French flag on the sleeve. The rest of the kit is made up of white shorts with gold detailing and the classic red socks to complete a classy look.

The away shirt has a white base and features graphics of French monuments as the under-pattern in light blue. Meanwhile the badge and logo detailing is in navy blue – with French colours on the shirt’s lower trim. As for the rest of the kit, it is completed with blue shorts (with tricolour detailing) and white socks featuring a blue Nike tick.

See the kits below: