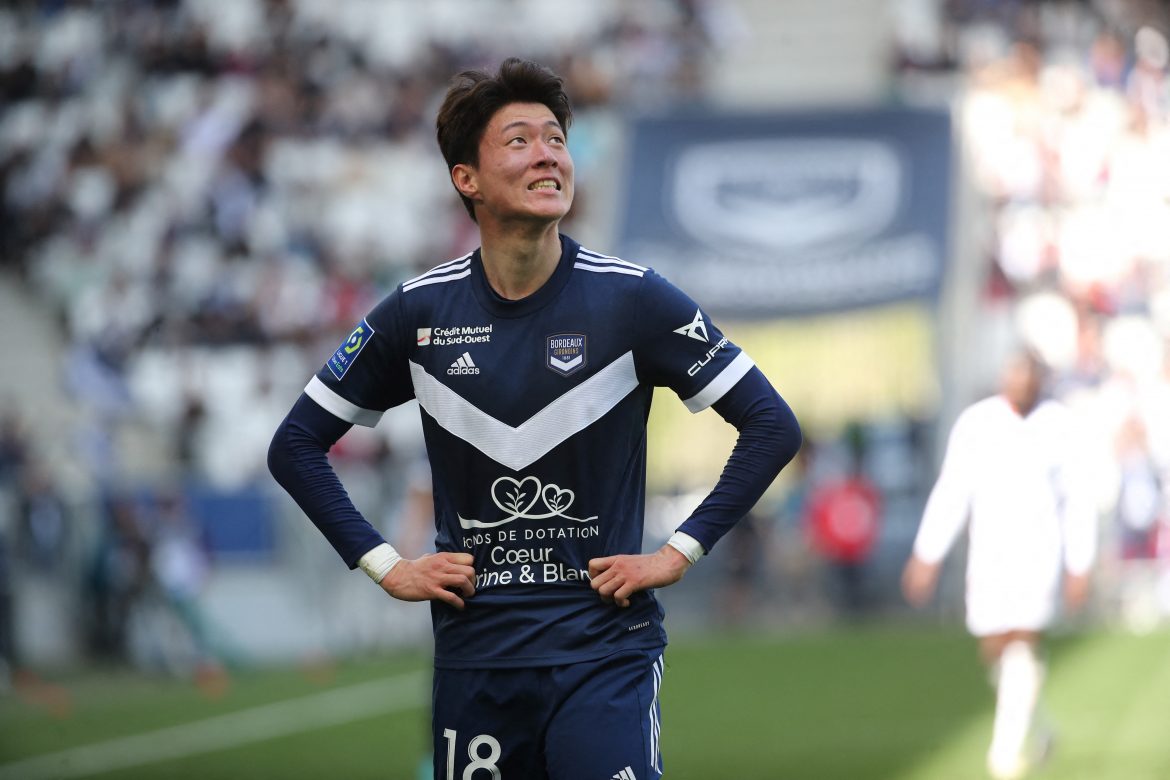 Bordeaux have announced the sale of striker Hwang Ui-jo to newly-promoted Premier League side Nottingham Forest, who have immediately loaned out the South Korean international to Olympiacos.

The striker arrived in France three years ago from Gamba Osaka, and during his time in Ligue 1 scored 29 goals, notably specialising in impressive strikes from outside the box.

After Bordeaux’s relegation to Ligue 2 this season, the door was open to a departure, especially given the club’s financial issues which have required them to sell some of their more valuable players in order to be able to register their new signings.

The 29-year-old made just under a century of appearances for the Marine et Blanc and also registered seven assists in Ligue 1 during his time on the banks of the Garonne.

He becomes the latest signing in a busy summer for the English team, who from France have also signed Troyes’ Giulian Biancone, as well as former Metz man Moussa Niakhaté from Mainz.