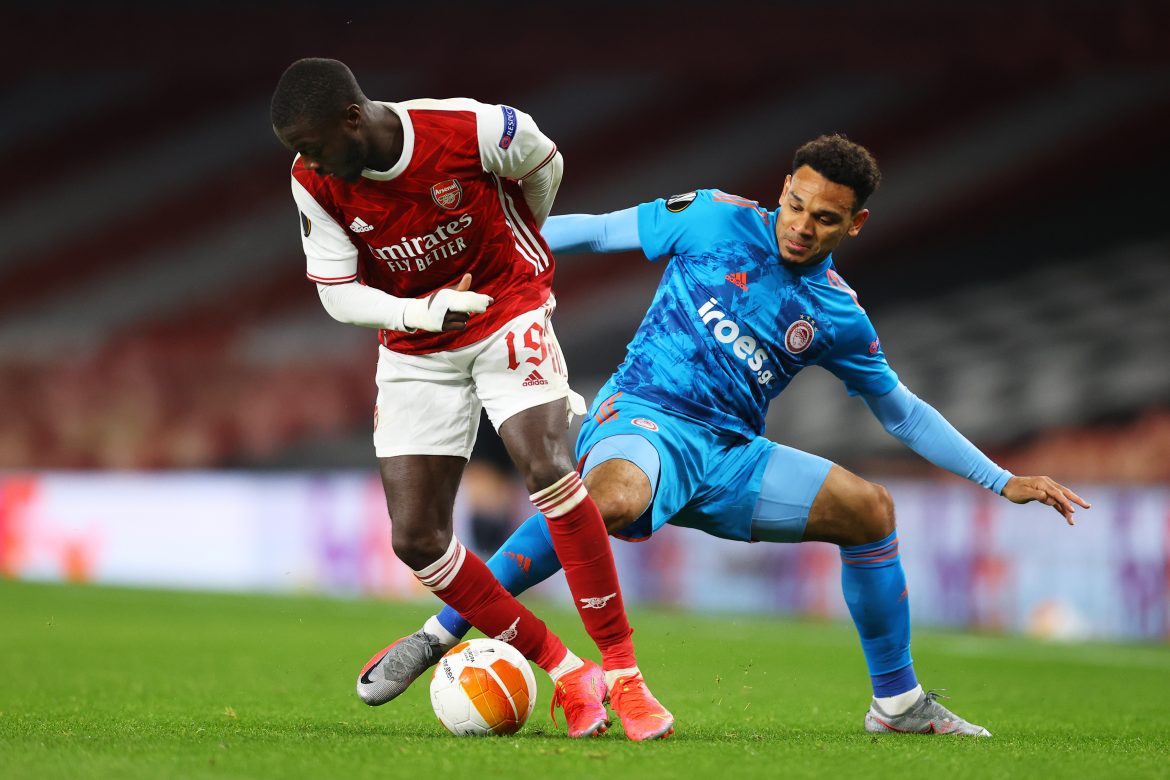 As announced via the official channels of the club, Stade Brestois will be signing Kenny Lala on a permanent deal when the transfer window opens on 1st January 2022. This follows the Frenchman terminating his contract with Olympiakos several weeks ago.

The former Racing Club de Strasbourg defender has, from today, started training with the squad as Les Pirates prepare for their Ligue 1 return at the end of the month – although Lala will officially sign his contract at the club when the transfer window opens, meaning he’ll be unavailable for Brest until that time.

Lala arrived at Olympiacos in 2021 from Strasbourg, where he earned a provisional France call-up and won the Coupe de la Ligue in 2018/19. Since then the wing-back has played on 51 occaisons of which many appearances where in the Europa League and Champions League as well as winning the Greek championship two times. He terminated his contract following three managerial changes and not a single appearance this season.