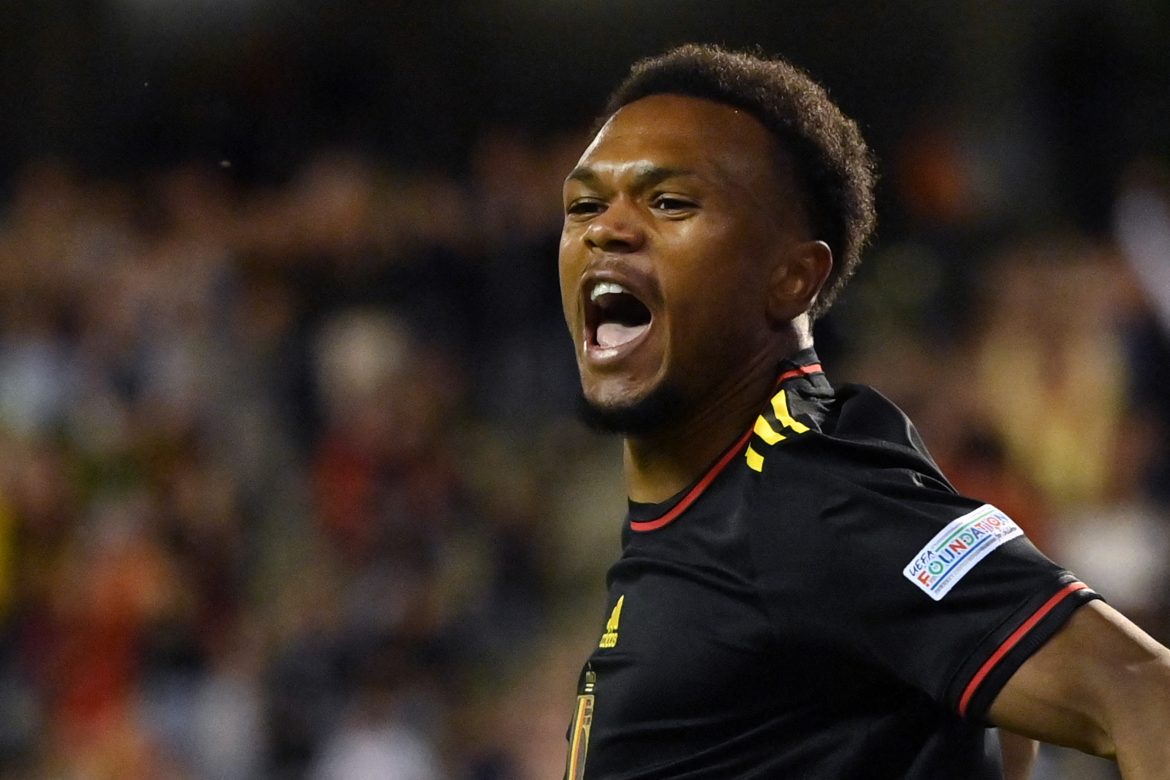 The arrival of Belgian international Loïs Openda has been confirmed tonight by Lens, with the Sang et Or signing the forward on a five-year deal from Club Brugge.

The 22-year-old had arrived in town yesterday to undergo his medical, in the wake of the signing of goalkeeper Brice Samba from Nottingham Forest, after an agreement was found between the two clubs.

For the last two seasons, Openda had been out on loan in the Eredivisie, scoring 10 and 18 goals respectively for Vitesse Arnhem. He was recently called up by Roberto Martinez to the Belgian team and scored his first goal in a 6-1 thrashing of Poland, earning three caps last month in total.

Goal France had indicated that the transfer fee would be close to the €10m mark. His arrival could be interpreted as an admission on Lens’ part that they will not be able to keep PSG loanee Arnaud Kalimuendo for a third season, given that both players are forwards who can also operate on the left wing.