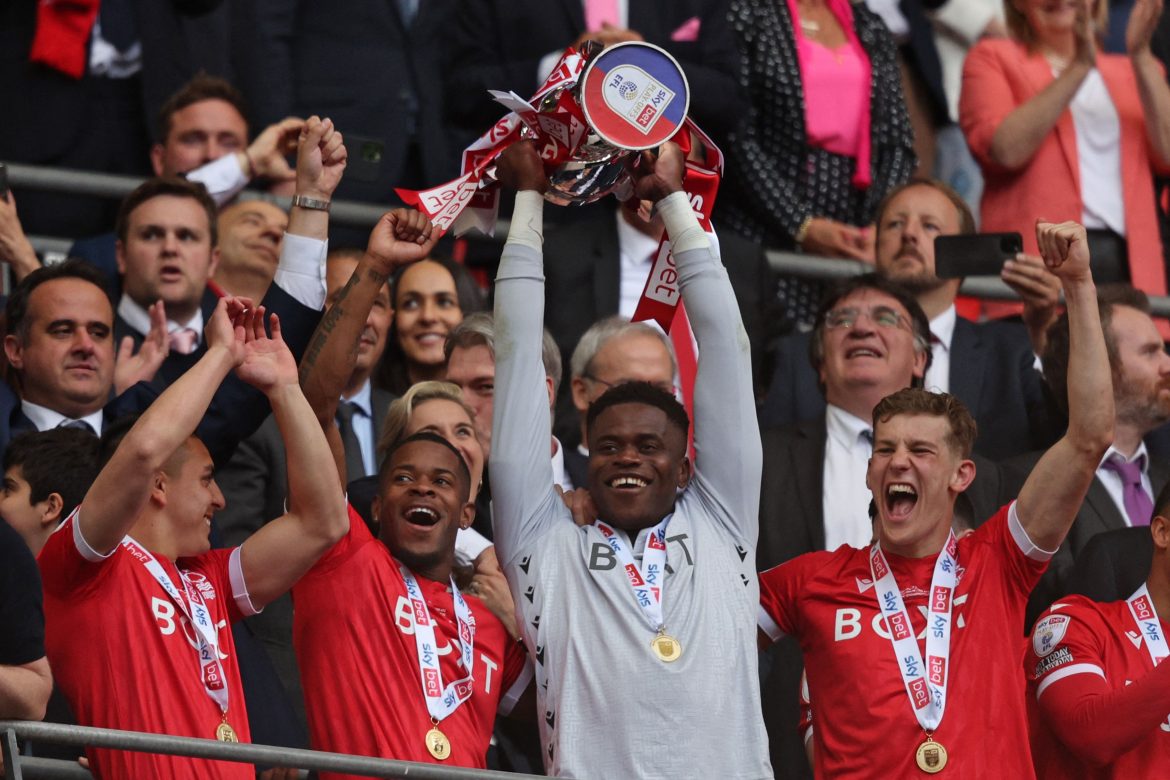 Lens have this afternoon announced the signing of goalkeeper Brice Samba from Nottingham Forest, with the 28-year-old signing a five-year deal with the Sang et Or club.

As reported previously by L’Équipe, the former Marseille and Caen man has joined from the newly-promoted Premier League club for a fee of €5m, the final details having been ironed out yesterday.

The goalkeeper, who came through the youth academy at Le Havre, had been the club’s transfer priority this summer, with starting goalkeeper Jean-Louis Leca entering the final year of his contract and number two Wuilker Faríñez expected to leave.

Samba had spent three seasons in the Championship, keeping 14 clean sheets this season, and notably helped his club go up thanks to some semi-final heroics in the play-offs. He also had offers from Fulham as well as a top 7 French club, as well as having an extension offer on the table from his previous club.