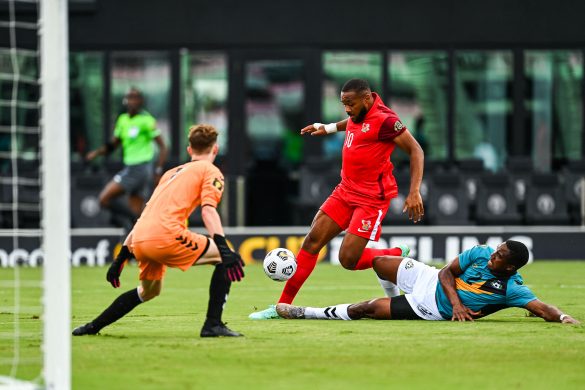 Guingamp have announced the sale of forward Matthias Phaëton to fellow Ligue 2 side Grenoble, with the Guadeloupe international signing a three-year contract with the south-eastern team.

Phaëton, who was under contract under the end of the 2023/24 season, leaves Guingamp three and a half years after arriving from the Brest academy. In total, he will have made 55 appearances and scored 6 goals for the club.

This season’s Ligue 2 campaign saw the wide man register one goal and one assist over the course of his 22 appearances, as the team came one spot short of making it into the Ligue 1 promotion play-offs with a sixth-place finish.

L’Équipe have indicated that although the transfer fee has not been disclosed, the move does include a sell-on clause in the Brittany side’s favour. Phaëton becomes Grenoble’s third signing of the summer, after the arrivals of Amine Sbaï and Pape Meïssa Ba from Sète and Red Star respectively.