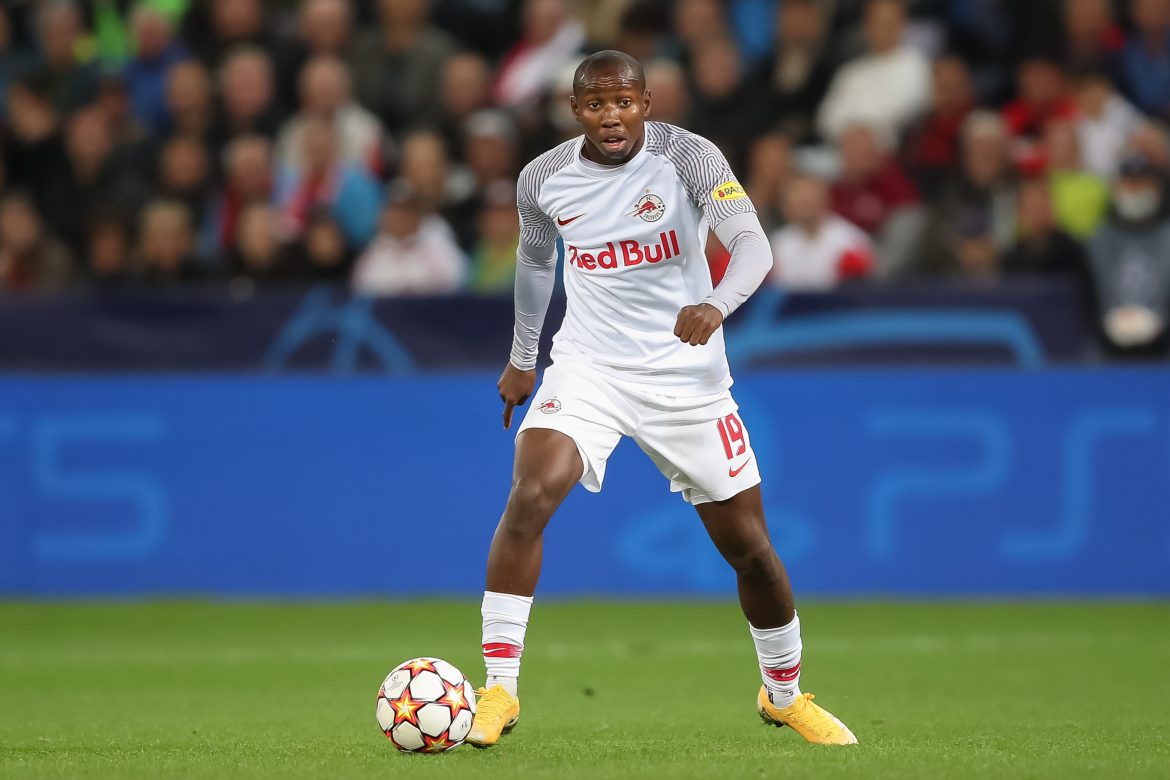 Mohamed Camara (22) has signed for AS Monaco from Red Bull Salzburg. The Mali international midfielder has signed a five-year deal with the Principality club.

The fee has not been disclosed, but it has been reported by L’Équipe that he will join for a fee of around €15m. Earlier in the transfer window, Leeds United made a €25m offer for the player, ultimately in vain, according to Sébastien Denis.

Camara becomes the club’s fifth signing of the transfer window. Takumi Minamino was first through the door before the forward line was further reinforced by Breel Embolo. Thomas Didillon signed on loan from satellite club Cercle Brugge and last week, Malang Sarr joined on loan from Chelsea. As revealed by sporting director Paul Mitchell, that loan does include an option that could become an obligation if certain clauses are triggered.

Last season, Camara competed in 36 matches in all competitions, including 10 in the Champions League. Speaking in a press release, the Mali international said, “I am very happy to join a big club like AS Monaco. I had the opportunity to experience very good seasons with RB Salzburg, where I strengthened and where I could have a magnificent first experience in Europe. I am now fully concentrated on this new step in my career.”