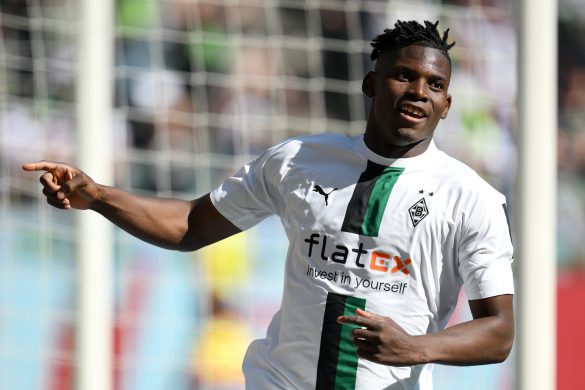 As confirmed by the club, Monaco have completed the signing of Borussia Mönchengladbach striker Breel Embolo.

The 25-year-old Switzerland international forward becomes the club’s second major signing of the summer after Takumi Minamino arrived from Liverpool earlier this month. Embolo has signed a four-year deal with the principality club and, according to Foot Mercato, the player will cost the Ligue 1 side around €12.5m. Upon his signature, the forward said:

“I’m very happy to join AS Monaco and to be part of this wonderful project. I thank the leaders for giving me the opportunity to join such a great club. I want to integrate myself as quickly as possible and bring my qualities to the squad. I can’t wait to discover my new surroundings in Ligue 1, a league whose level is constantly improving.”

At the age of just 25, Embolo has already racked up over 50 appearances for the Swiss national side, scoring nine goals. He made 29 appearances in the Bundesliga last season, scoring on nine occasions with six of those goals coming in the final eight games.