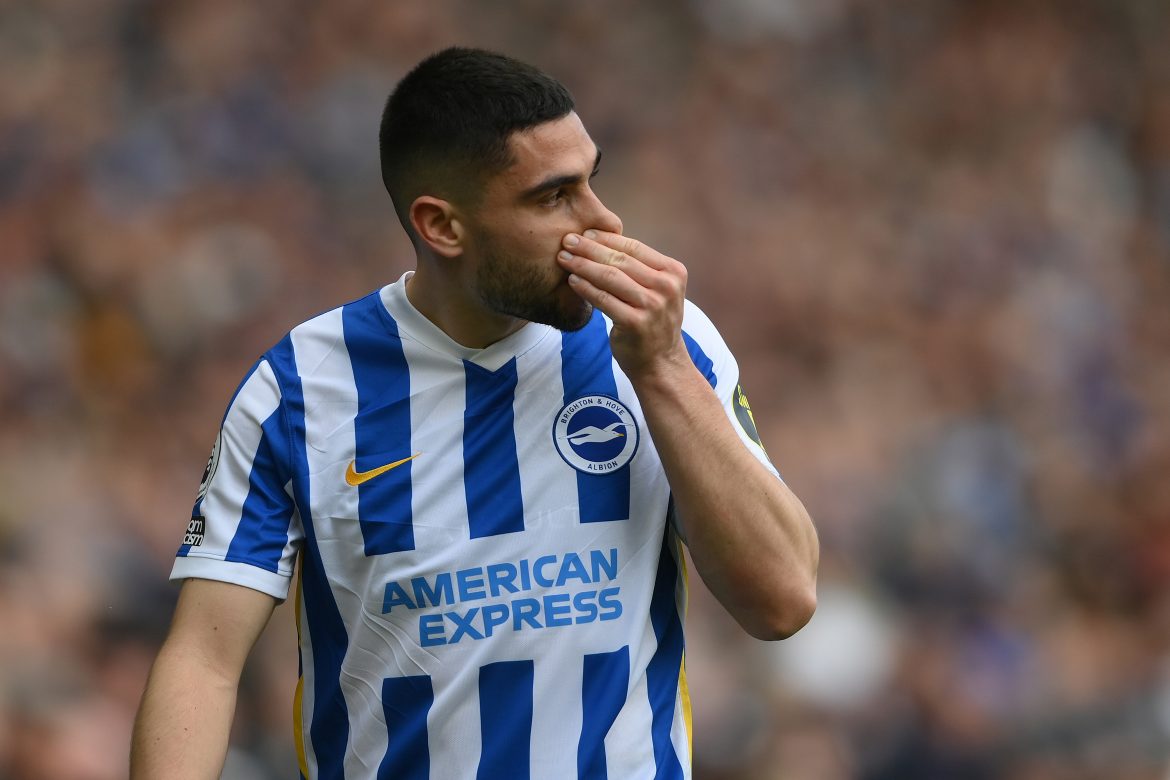 Everton have announced the signing of French striker Neal Maupay from Brighton, with the former Saint-Étienne man signing a three-year deal with an option for an additional season.

The fee has not been disclosed by the clubs, but L’Équipe have estimated the move to be worth around €18m. The 26-year-old has made the move with just one year remaining on his contract in the south of England.

He is reported to have been a target of other Premier League sides, namely the newly-promoted Nottingham Forest and Fulham, as well as Serie A side Salernitana.

The forward joins his third club in England, having first turned out for Brentford in the Championship. During his three seasons with Brighton he registered 26 Premier League goals, including eight last year. Having broken through at Nice, Maupay spent time at Les Verts before a breakthrought season in the second tier with Brest, which earnt him his move across the Channel.