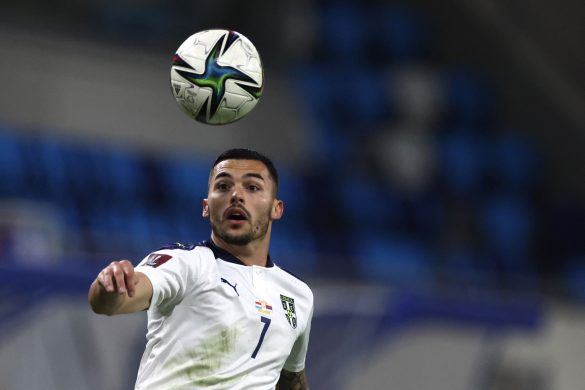 Torino have announced the loan signing of Nemnaja Radonjić (26) for the upcoming 2022/23 season. The club also revealed in a press release that the deal includes an obligation to purchase the Serbian international winger.

Radonjić has spent the last season-and-a-half away from the Orange Vélodrome. Firstly at Hertha Berlin, where in half a season he made 12 appearances and scored once, and then, less successfully, at Benfica last season, where he made only six appearances without finding the net.

The obligation to buy the winger, capped 35 times by his national side, is contingent upon the “fulfillment of certain conditions.”

Speaking to the club’s channel, he reveals the influence of Torino midfielder and international team-mate Sasa Lukić (25) in tempting him to the club. “Lukić told me great things about the club every day, about the good people around the club. I know it’s a great club, with a great fanbase.”