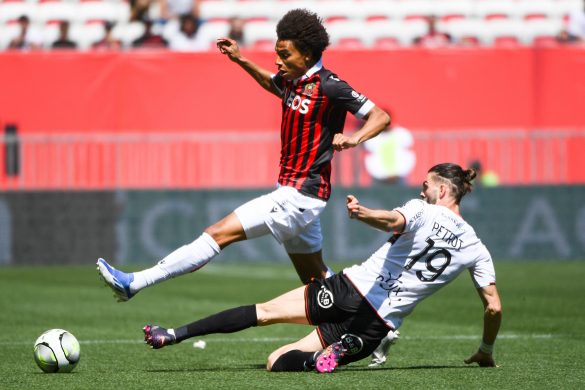 Nice have announced the departure of winger Calvin Stengs on a loan deal to Royal Antwerp, in a deal which does not include an option for the Belgian outfit to make the deal permanent.

The Dutchman made the move to the French Riviera last summer as he arrived from AZ Alkmaar in a €15m move, and made 24 league appearances in his first season for Les Aiglons, scoring one goal and assisting another. Although he has largely disappointed so far, he did start the opening games of the season this year under new manager Lucien Favre.

However, with the arrival of Nicolas Pépé, likely to be joined by Monaco’s Sofiane Diop, Stengs was unlikely to get much playing time this campaign.

Foot Mercato had reported last week that Stengs had been earmarked by PSV Eindhoven as a potential replacement for Cody Gakpo, with Nice’s asking price for a permanent deal having been set at €10m.