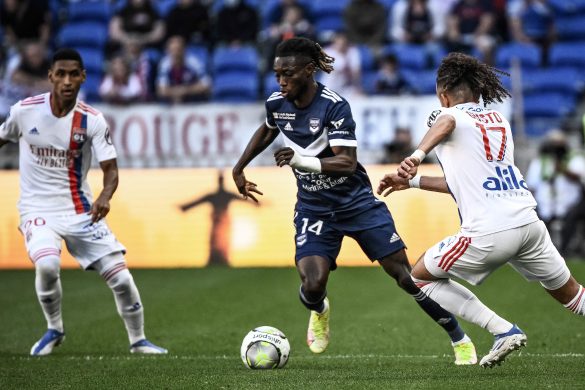 As announced via an official club statement, AJ Auxerre have signed Ghanian Salzburg left-back Gideon Mensah (24) – the former Bordeaux loanee signing on a 3-year permanent deal. He becomes the Ligue 1 newcomers’ ninth signing of the summer, and will wear the No.14 shirt.

The 11-capped Ghanian international spent last season on loan Bordeaux, where the defender made 23 appearances in what was a disastrous season for Les Girondins which saw the club relegated to Ligue 2. The former Sturm Graz man has also been loaned to Portuguese side Vitória Guimarães.

Auxerre said the following on signing the player: “Gideon Mensah commits to AJA! The club is pleased to announce the signing of the Ghanaian left-back on a three-year contract from Red Bull Salzburg.”

The 24-year-old took part in Ghana’s Africa Cup of Nations campaign, which saw the Black Stars struggle to exit their group stage with two losses and one draw against Gabon.