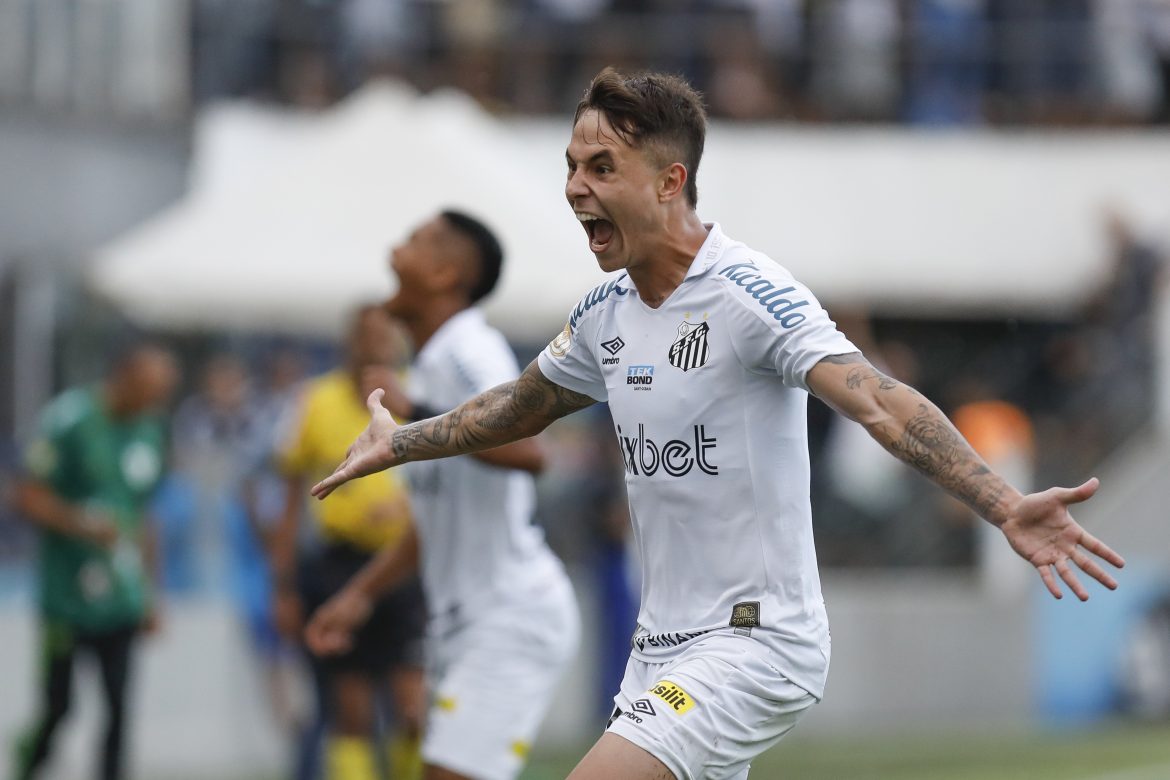 As reported by Le10Sport, Ligue 1 OGC Nice are interested in signing 21-year-old Brazilian midfielder Vinicius Zanocelo from Santos, the former club of Neymar and Pele.

A technical, organising central midfielder Vinicius Zanocelo has been compared to Thiago Mendes of Lyon by the outlet and is expected to leave Brazil this summer with just a year left on his current deal. Lazio and Udinese are keen on the player too while reports from Italy suggest that Sevilla, Real Betis and Hertha Berlin are also monitoring the player’s situation.

Since emerging in 2019, when with Ponte Preta in the Brazilian second division, Vinicius Zanocelo has gathered 97 senior outings in total, including 57 for Santos where he’s contributed four goals and two assists so far while being booked 15 times, that’s once every 3.8 games.

Vinicius Zanocelo could become a replacement for 21-year-old Khéphren Thuram who current Nice coach Christophe Galtier is reportedly hoping to take to PSG with him as Galtier’s move to Paris edges ever closer.