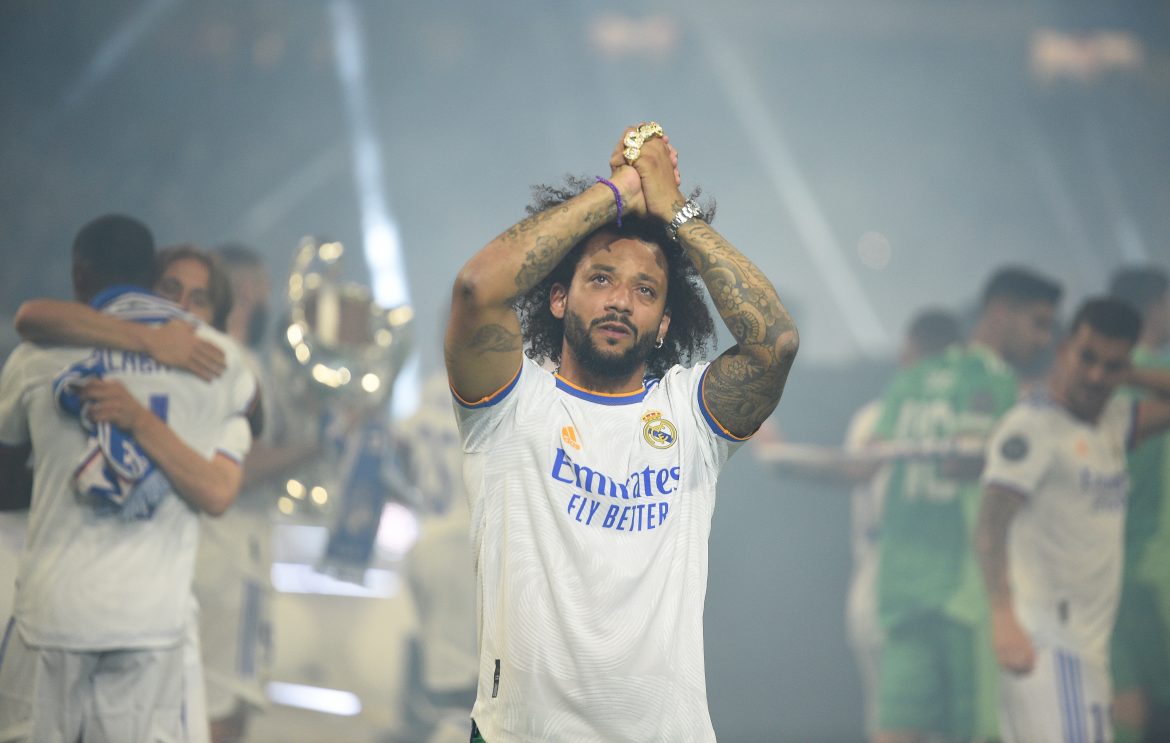 According to Marc Mechenoua from GOAL, Nice have made a contract offer for Real Madrid legend Marcelo (34) as discussions are continuing between the Brazilian’s representatives and Nice officials. Foot Mercato report that an Italian club and a German club have also made an offer for the defender.

Foot Mercato reported days ago this that Nice were targeting a move for Marcelo, with Les Aiglons one of two clubs in contact with the Brazilian left-back.

The Ligue 1 side were initially looking at Ecuadorian international Pervis Estupiñán from Villarreal, but the 24-year-old has instead moved to Brighton, with Nice having been priced out of a potential deal. The backup option was then Empoli’s Fabiano Parisi, but their €7m bid for the Italian has been rejected, and the 21-year-old has signed a new three-year deal with the Serie A club.

As a result, Nice have looked towards signing Marcelo and have kick started discussions with the Brazilian. His high wages should not be an issue for INEOS, while manager Lucien Favre has approved of the signing even if he would prefer Parisi. It remains to be seen whether Les Aiglons will beat out the unnamed club to his signing, or whether they will push on for Parisi.