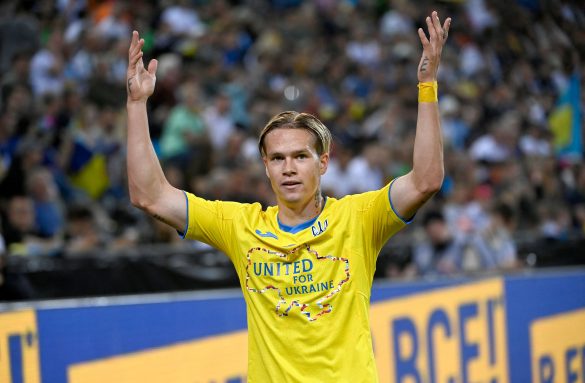 According to Foot Mercato OGC Nice have set their sights on Ukrainian left-winger Mykhaylo Mudryk (21) who is currently contracted to Shakhtar Donetsk until 2026 – Shakhtar want at least €20m euros for the player. With a high price point, and big competition from Bayer Leverkusen – it looks like a challenging deal to complete for Les Aiglons.

The young winger is a full international for Ukraine, having received five caps to his name – and is considered as one of his homeland’s brightest prospects before football was halted due to the Russian invasion of the country.

In his career so far, Mudryk has made a total of 58 appearances, scoring two goals and appearing most notably in the Champions League in last season’s group stages which featured Inter Milan and Real Madrid.

Premier League side Brentford were interested in the player in January, but couldn’t afford the €24m asking price. Bayer Leverkusen have won the player’s preference but the deal has been dragging on for weeks due to Visa issues – Donetsk are currently blocking any sale for the time-being, as discussions with the German side continue. Therefore, OGC Nice could take advantage of the complicatedness of the deal – but would require a big financial and persuasive effort on the part of Les Aiglons.