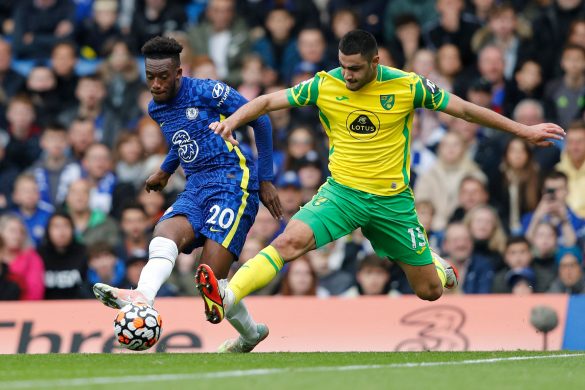 Gianluca Di Marzio is reporting that Schalke 04 have rejected OGC Nice’s €6m bid for Turkish centre-back Ozan Kabak (22). The German club, who recently returned to the Bundesliga, are holding out for an €8m fee.

The former Liverpool and Norwich City loanee is returning to parent club Schalke this summer, with the club set to rejoin the German top flight after just one season in the second division.

Kabak, however, has interest from numerous clubs, and has “numerous offers on the table.” One of the clubs interested is Nice, who according to Di Marzio have tabled a €6m bid plus bonuses. Schalke, however, want €8m for the player, who was coveted by some of Europe’s elite just a couple of seasons ago.

The Turkish international, who has 17 caps for the national side, only made 11 Premier League appearances for Norwich City last season, as the side finished rock bottom of the league and were relegated to the Championship.