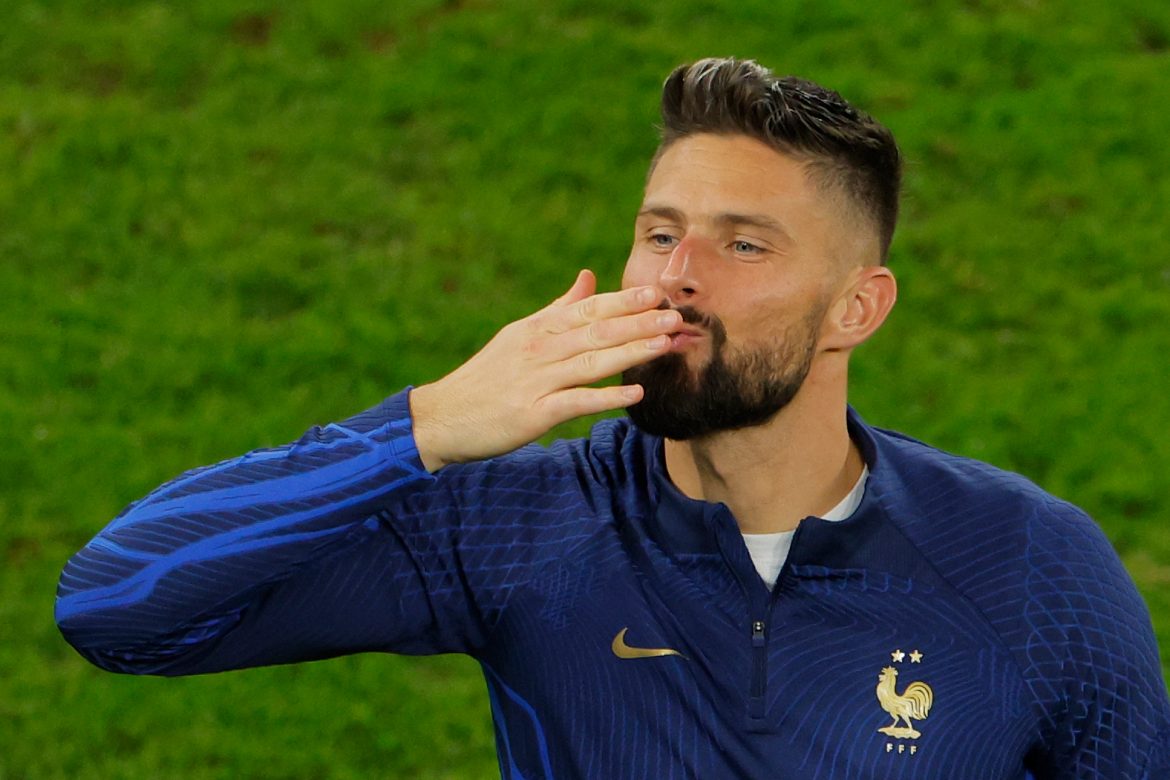 Olivier Giroud went from not scoring his first goal for France until 2012 and not scoring a goal in the 2018 World Cup in Russia to becoming the all-time leading goal scorer for Les Bleus, at the 2022 World Cup. An achievement that may have seemed impossible to a young Oliver Giroud who was never selected for the youth national team.

His slow rise to success, opposed to being a youth sensation, is possibly the reason why he developed a reputation as a “super sub” in the first place. The narrative of there being a better option than him as France’s number 9 stayed with him for a large part of career with Les Bleus. Luckily for us, Didier Deschamps mostly stuck with him regardless of the forwards who came and went.

Even when it was thought that Giroud would fade into the distance, Giroud had other plans. Instead of accepting a diminished role with Chelsea he went to AC Milan where he won a Serie A title. That decision that put him in place to be the starting forward in this World Cup. With everything that the French striker has achieved in his career, it’s now time to accept that numbers do not lie. Olivier Giroud is not only one of the best French forwards of his time, but he also ranks among attackers in general.