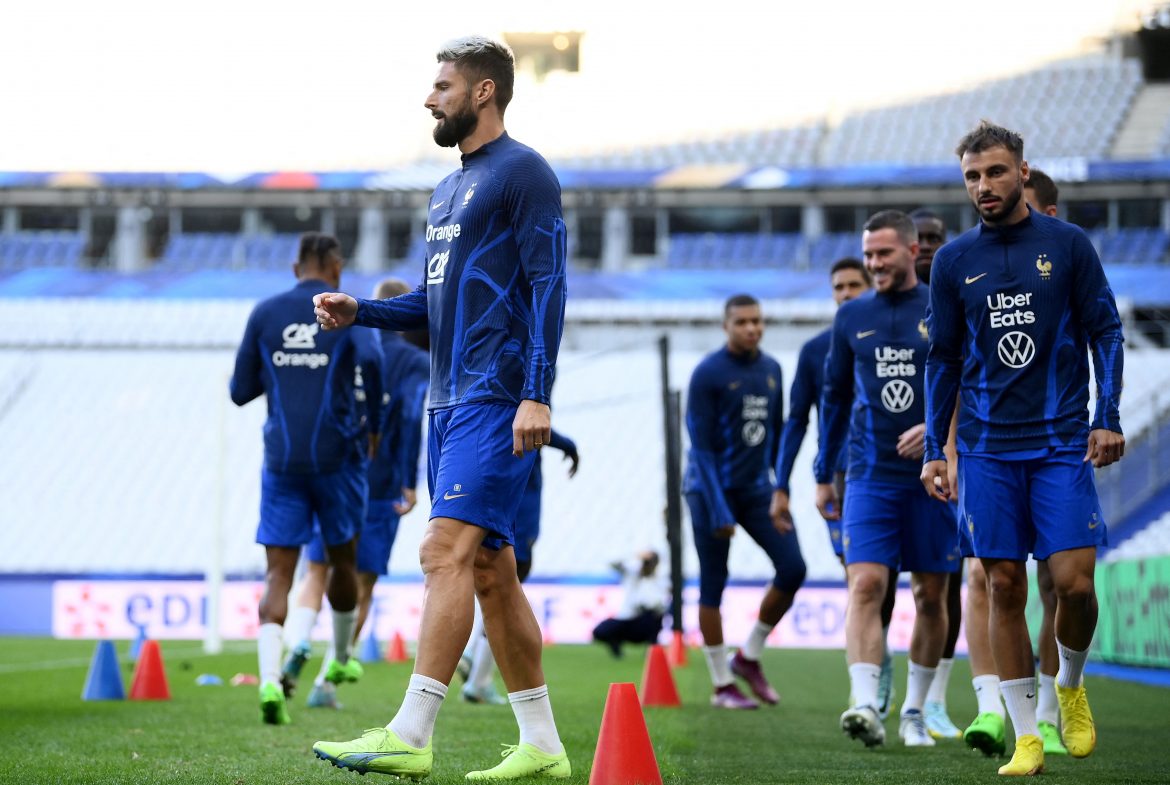 In an interview with RTL AC Milan striker Olivier Giroud expressed his desire to back Les Bleus with whatever involvement he can, as he eyes up a third World Cup with the French national team. The 35 year-old hopes that manager Didier Deschamps will have him in mind not only in terms of his form, but also his positive impact on the dressing room.

“I am a team player, who plays for the collective, who is behind the group and also the strikers when he scores. When Karim scored at the Euro, I was the first to congratulate him, to jump on him. My state of mind remains unchanged, my motivation the same, my determination too. That won’t change. After that, it’s the coach who will decide.”

“I’m always there to add to the team and do what I do best to come back. Even when I was on the bench, I always pulled for the team. I never messed up a dressing room, so that’s an important idea to take into account too.”