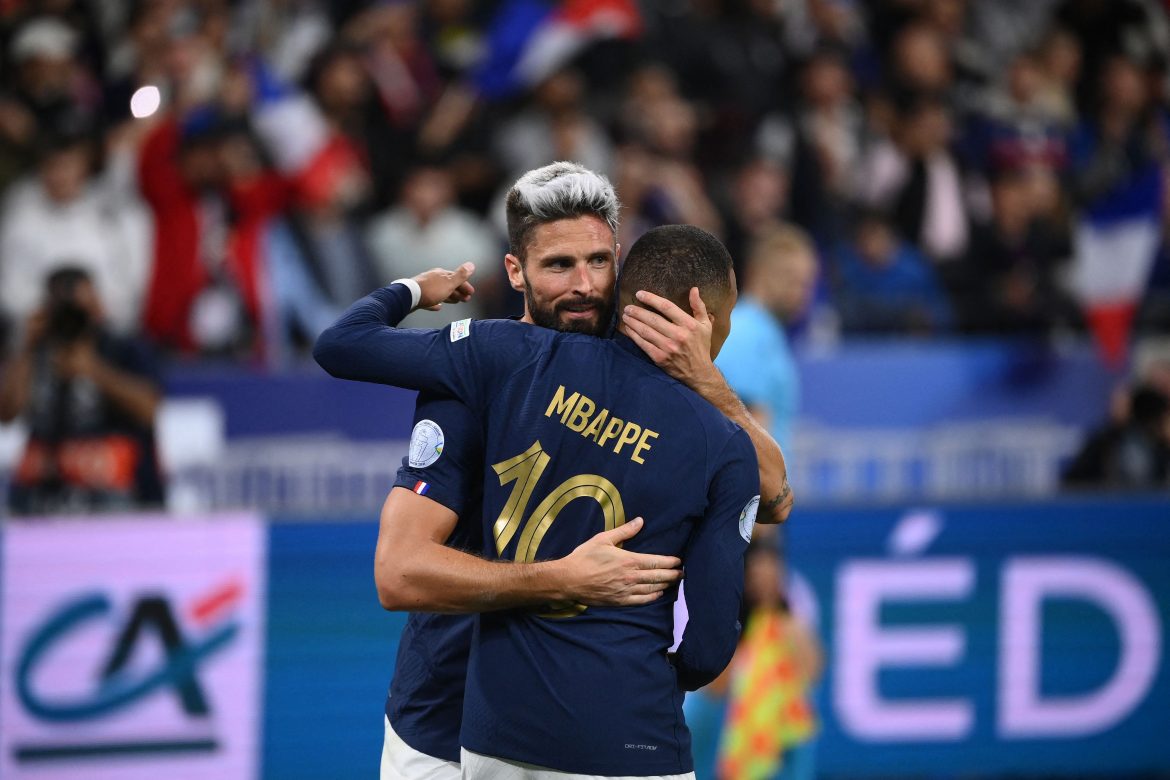 L’Équipe report this morning that Olivier Giroud’s return to the France squad for this week’s international break notably saw the Milan striker look to repair his relationship with Kylian Mbappé.

The pair had ostensibly fallen out publicly in the lead-up to Euro 2021, but the Paris Saint-Germain striker was keen to highlight the importance of Giroud this time round, indicating that the former Arsenal man’s role up front afforded him more space than at his club.

With Giroud’s place in the 23 or 26-man squad for Qatar remaining in doubt – although calls are growing for his inclusion – the forward has also taken it upon himself to mend his relationship with Mbappé.

Giroud sat next to Mbappé during team meals during the international break and joked with him, and worked to maintain a new-found understanding on the pitch between them – notably in the game against Austria where both scored, and the France staff took note. The France set-up also noticed how well Giroud took the news that he might not start in Denmark – in the end he was indeed in the starting 11. According to L’Équipe, the tendency with Deschamps is that Giroud could be able to bring something to the table over several weeks at the World Cup.