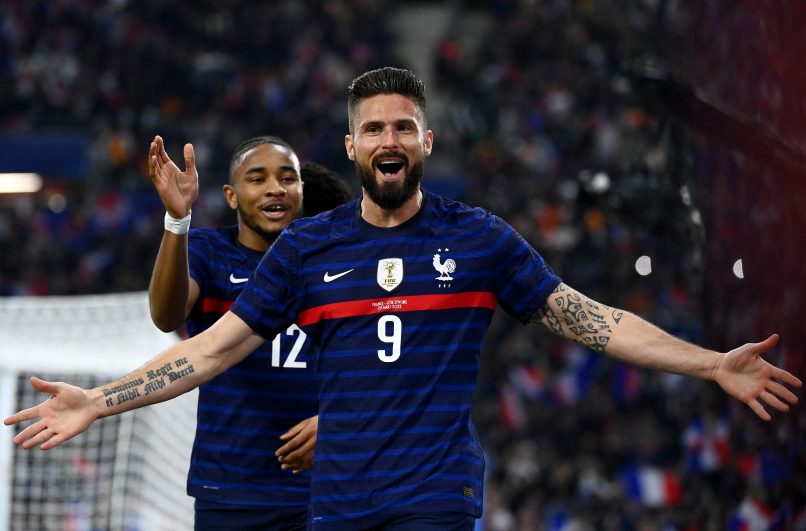 In an interview broadcast on Téléfoot this morning, France striker Olivier Giroud notably discussed his return to the national team after being absent since last summer’s Euros.

The Milan striker also set himself the target of becoming his country’s all-time top scorer – his goal against Ivory Coast on Friday was his 47th, putting him just four strikes behind the record holder, Thierry Henry.

“It makes me happy to rediscover this cockerel [the France badge], this shirt, and the friends at Clairefontaine. You always have to keep believing and never let go regardless of the circumstances.”

“I am a competitor. I have several objectives, overtaking Thierry Henry is one of them.”

“Do I see myself going to the World Cup as a super sub? Who would say no to the chance of going to a third World Cup?”