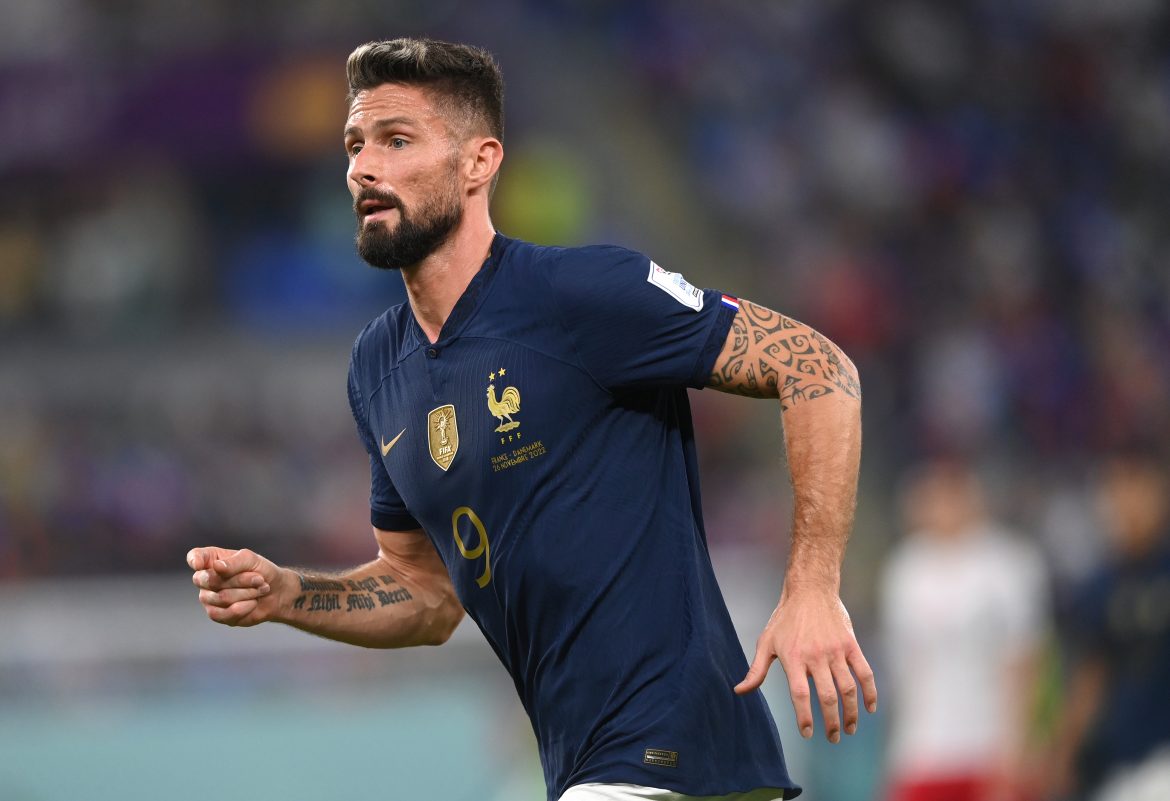 L’Équipe are reporting that France are set to bench Olivier Giroud (36) for the final match of the group stages, with qualification to the knockout stages already confirmed. He looks set to be one of potentially eight changes to the France line-up.

AC Milan forward Giroud has started France’s opening two matches of the Qatar World Cup. He scored a double during Les Bleus’ opener against Australia. Those goals took him level with Thierry Henry as France’s all-time top scorer (both have 51 goals for Les Bleus). However, the former Arsenal and Chelsea forward was looking to go clear of Henry during the second fixture of the tournament against Denmark.

Ultimately, Giroud didn’t score and was substituted midway through the second half. He will now have to wait longer to break the record. As reported by L’Équipe, Giroud won’t start against Tunisia on Wednesday. He will be replaced by Borussia Mönchengladbach’s Marcus Thuram (25), who has featured in both of France’s matches so far in Qatar, coming off the bench against Australia and Denmark.