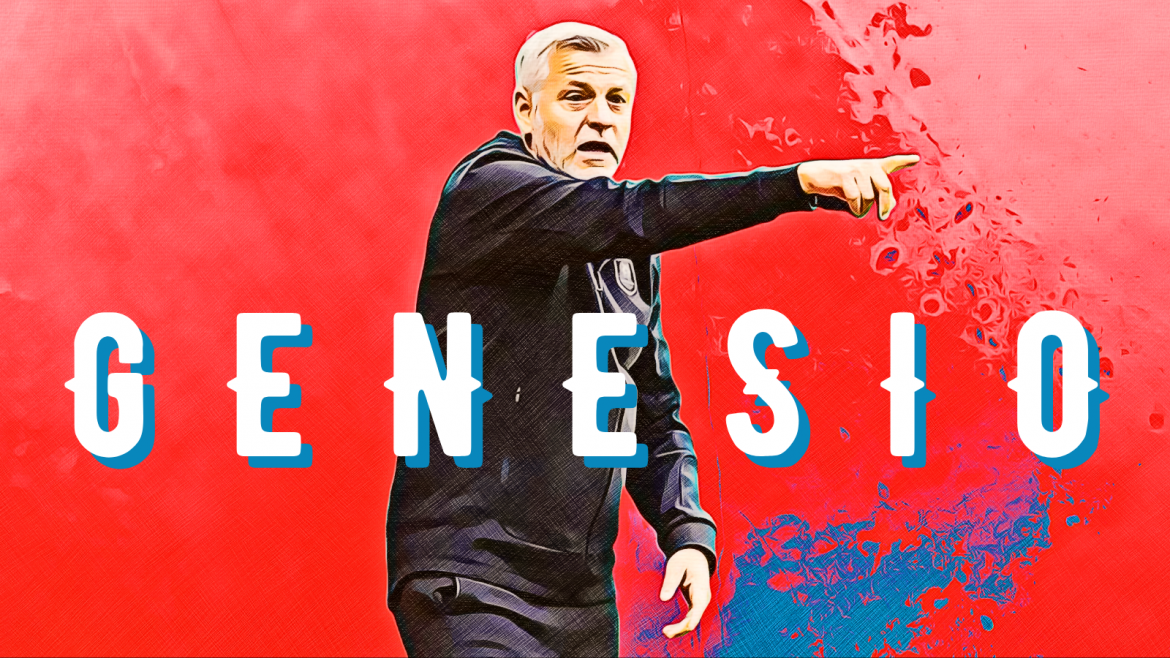 Rennes were undoubtedly Ligue 1’s most attractive team this season. Their fluid, swift-countering intensity tore lesser teams asunder and resulted in some of the season’s standout performances, most notably in twice putting four past Genesio’s former club Lyon. Only PSG scored more than Rennes’ 82 goals, which was 19 more than Marseille and 30 better than Nice. Results, however, were not so spectacular. Nice, despite their goal difference being 26 goals weaker than Rennes, finished level on points with Rennes and would have edged passed them into fourth place and Europa League football without the deducted point for the crowd against Marseille. The far less resourced Strasbourg and Lens were just three and four points behind respectively.

Having roughly matched PSG for spending last summer – Rennes’ outlay of more than €75m saw eight-figure sums spent on five separate players – and being France’s best team for much of the season, effectively finishing fifth is a sizeable underachievement. Cup displays underwhelmed too via a premature Conference League defeat to Leicester in the last 16 and a January cup exit on penalties to later relegated Ligue 2 side, Nancy. Overall, results were average at best, and Genesio should take the blame.

Damningly, depth of talent or individual form was rarely, if ever, in doubt. Genesio will be lucky to keep most of his star players for next season. Ligue 1’s player of the season not called Kylian Mbappé, Benjamin Bourigeaud, is likely to leave for Rome with just a year left on his deal and midfield enchanter Lovro Majer is interesting Europe’s elite. Both strikers, Martin Terrier and Gaëtan Laborde, have suitors in England while defensive leader Nayef Aguerd is already London-bound.

Although Genesio undoubtedly deserves credit for engineering one of Europe’s most joyous teams to follow this season, that success is as much sporting director Florian Maurice’s as it is Genesio’s. Over the last two seasons, nearly every major addition has succeeded. Identifying Majer, a €12m signing from Dinamo Zagreb, represents the most insightful move of last summer’s transfer window. Aguerd’s surprise €4m arrival from Dijon in 2020, having shown little to suggest he could become one of France’s leading centre-backs so quickly, proved a masterstroke. The Moroccan joined West Ham for €30m this week.

Lowlights are scarce. Although goalkeeper Alfred Gomis has been little more than competent since his own €9m move from Dijon, he’s hardly been disastrous. Many point to Jérémy Doku’s €28m fee and repeated injury problems but, when given the chance in the last 18 months, the 20-year-old winger has often been decisive, not to mention some impressive EURO 2020 displays for Belgium. Despite inconsistent starts, there’s more to come from centre-back Loïc Badé and unpredictable wide-man Kamaldeen Sulemana.

Stylistically, Genesio gets full marks but, crucially, he hasn’t been able to engineer results in tight games against wily opponents, despite cornerstone wins over Lyon and PSG. Rennes were outthought at home (3-2) by in-form Monaco in April, blockaded by a stoic Nice in losing 2-1 at home in December and edged out by a counterattacking Renato Sanches-inspired Lille (also 2-1 at Roazhon Park) earlier that month. After a slow start to the campaign, eight of their nine post-September league defeats came to top-half sides. Overall, despite their spending, firepower and form, Genesio’s side won just six of eighteen games against the rest of the top ten this season, losing nine.

Given that Genesio’s problem at Lyon was against stoic, weaker sides despite often outmanoeuvring the elite, it would seem he has the opposite problem at Rennes. However, those issues persist. Enjoying more creativity than at Lyon (possibly due to Majer alone – all three of Rennes’ defeats to bottom-half sides came without him) Genesio’s Rennes have overpowered struggling sides. But more exacting, well-organised outfits with quality to strike on the counter have effectively posed Genesio the same problem he had at OL. Without an answer, Genesio’s side took just three points from games against the relatively pragmatic Nice, Lens, Lille and Monaco. Expansive approaches from Lyon and PSG played into Genesio’s hands.

Regardless of their thrilling, flowing football and nurturing of talent, when taking the season as a whole, Rennes’ minimal achievements in terms of results, were arguably achieved in spite of Genesio rather than because of him. Considering the quality he was handed by Maurice and the joyous football he proved he could muster, Genesio should have taken Rennes into the Champions League automatically, but he was too often outthought by better tacticians, such as Franck Haise of Lens, and unable to manipulate his side to win crucial, tight encounters against direct rivals.

Although it was refreshing to see Genesio triumph at the UNFP awards, and he’s proven a far better coach than Lyon fans will be prepared to admit, true success at Rennes is yet to arrive and, needing to overcome these issues, 22/23 could be decisive for his career at the top end of Ligue 1. For 21/22 however, when compared to Antoine Kombouaré and Julien Stéphan, who achieved similar results with far less, there’s little competition.