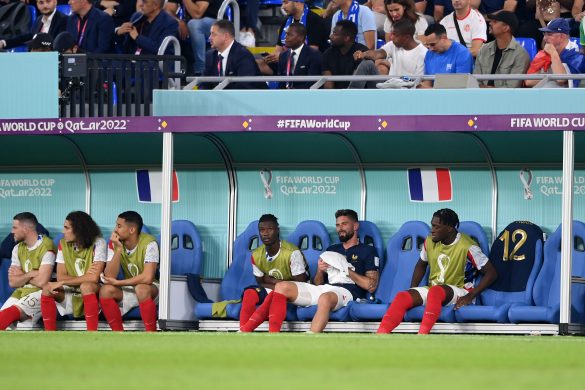 With France in position to walk into the knockout stage of the World Cup, the question of player rotation is in discussion after France’s victory over Denmark. In an article by L’Équipe, it is believed that Steve Mandanda may get his chance in goal in the upcoming match against Tunisia.

The Rennes goalkeeper has been a consistent figure for his national team since his first call up in 2007. However, he has largely been a second choice to Hugo Lloris over the years. The former Marseille goalkeeper made his debut in the last World Cup against Denmark in a goalless draw. Now at 37-years-old, making an appearance in the World Cup would be a great achievement in his career.

It is unclear who may be the other candidates for game time in France’s next match. In defense, it appears that Arsenal’s William Saliba is towards the end of the depth chart at center back. It was believed that he would have a bigger contribution to this World Cup campaign before the formation shift.

Based on prior selection and how they are playing, we may get to see Marseille’s Mattéo Guendouzi, or another Youssouf Fofana sighting. A fan favorite- Eduardo Camavinga will also hope to be subbed in at some point. Kingsley Coman may also be someone Deschamps looks to bring in to rest Ousmane Dembélé.

Les Bleus supporters will recall Deschamps making a similar move in the 2018 World Cup on the last match of the group stage. However, Tunisia has had a very challenging start to the group stage and France will look to capitalize on the opportunity to secure a top finish regardless of who takes the field.