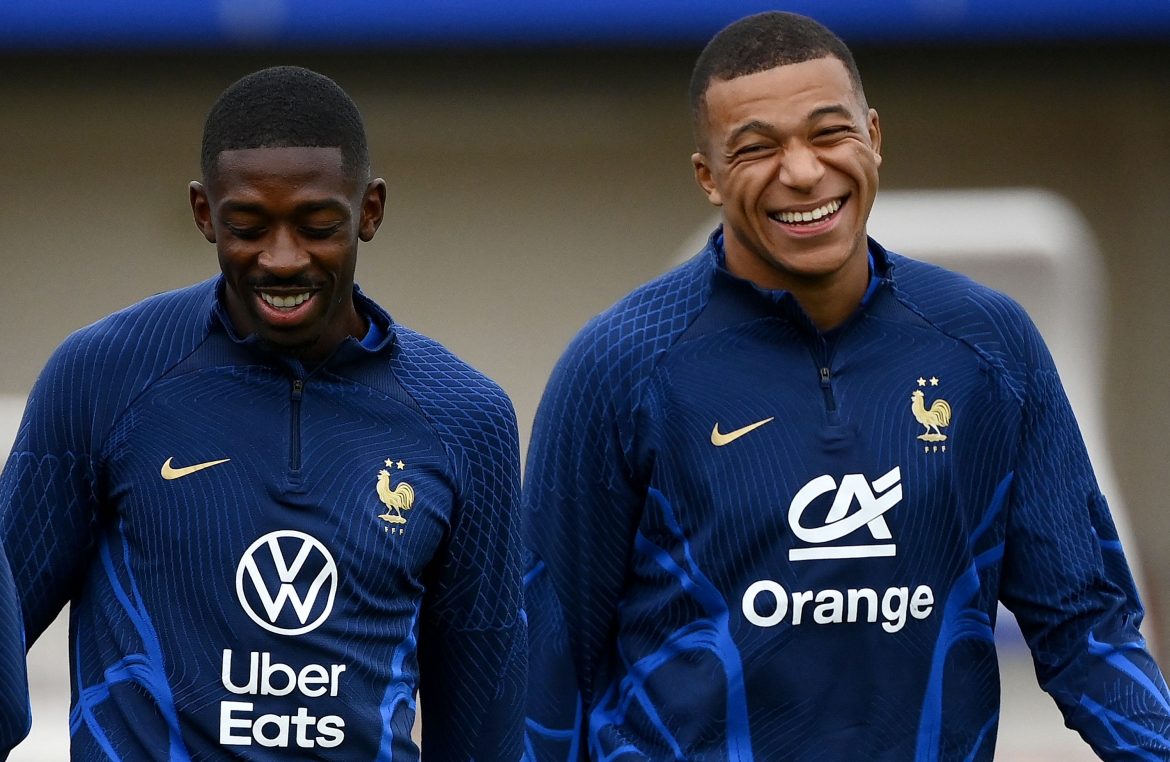 From winning the World Cup for France to remaining winless in the last four UEFA Nations League games, Barcelona winger Ousmane Dembélé and Paris-Saint Germain’s Kylian Mbappé have survived the peaks and valleys together, forming a formidable partnership in the process.

Speaking to the mics of RMC Sport, the 25-year-old Frenchman admitted that he would like to play more with Mbappé. Competing for a place in a France side full of talented players, Dembélé also elaborated on the need to be at his best to book a place in Didier Deschamps’ starting XI. He said:

“I would like us to play a little more together [with Mbappé]. In the field, we get along very, very well. I know his qualities, he knows mine. We played what, 4-5 games him and I together? And it went very well. I remember against England or against Italy before the World Cup. I want to do everything to work, to be in the eleven.”

Having made his international debut in 2016, Dembélé has just joined the French contingent for their upcoming UEFA Nations League matches in what appears to be his seventh call-up to the national colours. Deschamps’ men take on Austria on Thursday. In the international circuit, the former Borussia Dortmund man has scored four goals from 27 appearances.

Football Players – What Do They Do In Their Relaxing Time?

Aminata Diallo’s lawyer: “I am now convinced that she is innocent”