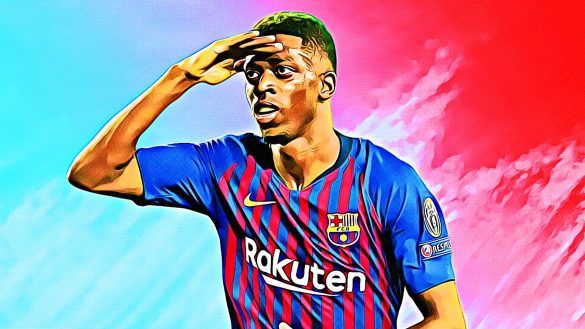 As reported by Goal France, having finally signed his contract extension at Barcelona, French international winger Ousmane Dembélé has agreed to drop his salary by 40% in the process.

The 25-year-old’s future became a long running saga in 2022 with Chelsea offering the player a contract to compete with Barcelona late on in talks while PSG were also long term admirers of the Frenchman while Leonardo was sporting director. However, the winger signed a new deal in Spain this week after his previous contract expired at the club last month, as a two-year package was at last agreed with Barcelona.

Although his base salary has been reduced by around 40%, reportedly via an initial €6m net annual salary offer which would be down from the €11m Dembélé has received up to now, the player has seen various bonuses included in his new contract that would still allow him to earn up to €10m a season should all the criteria be met for those add-ons.