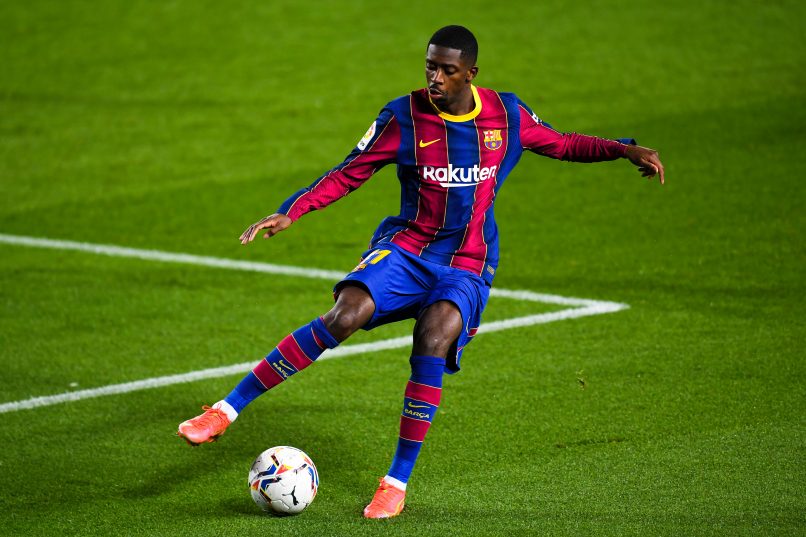 Speaking to RMC Sport, Moussa Sissoko, the agent of French winger Ousmane Dembélé, has discussed his client’s contract situation amid reports that Barcelona have threatened to leave him out of the team until the end of his contract.

With tense negotiations taking place over the former Rennes man’s contract extension – his current deal expires at the end of the season – Barcelona have made what they consider a final offer, which Dembélé have responded to with their own demands.

“They’re putting the pressure on, but it doesn’t work with people like us. Maybe it works with agents who are close to Barcelona. That’s not the case with me, I’m here to defend my player’s interests.”

“We’re not here to react to debates on social media, but the truth has to be said. Yes, we have high demands, but we’ve shown in the past that Ousmane’s career choices are not dictated by money, else he wouldn’t be here [Manchester United and Real Madrid had higher offers in 2017]. Then, if Barcelona wanted to negotiate, they could have come to the table with us to talk. Except there are no discussions and there are threats coming from them that he won’t play. That’s not allowed. We will exercise Ousmane Dembélé’s rights if necessary.”

“We don’t know what we’re going to do, nothing is decided. But the management are losing Ousmane by themselves. From the start, we’ve shown that we wanted to negotiate, with terms, but without closing the door.”