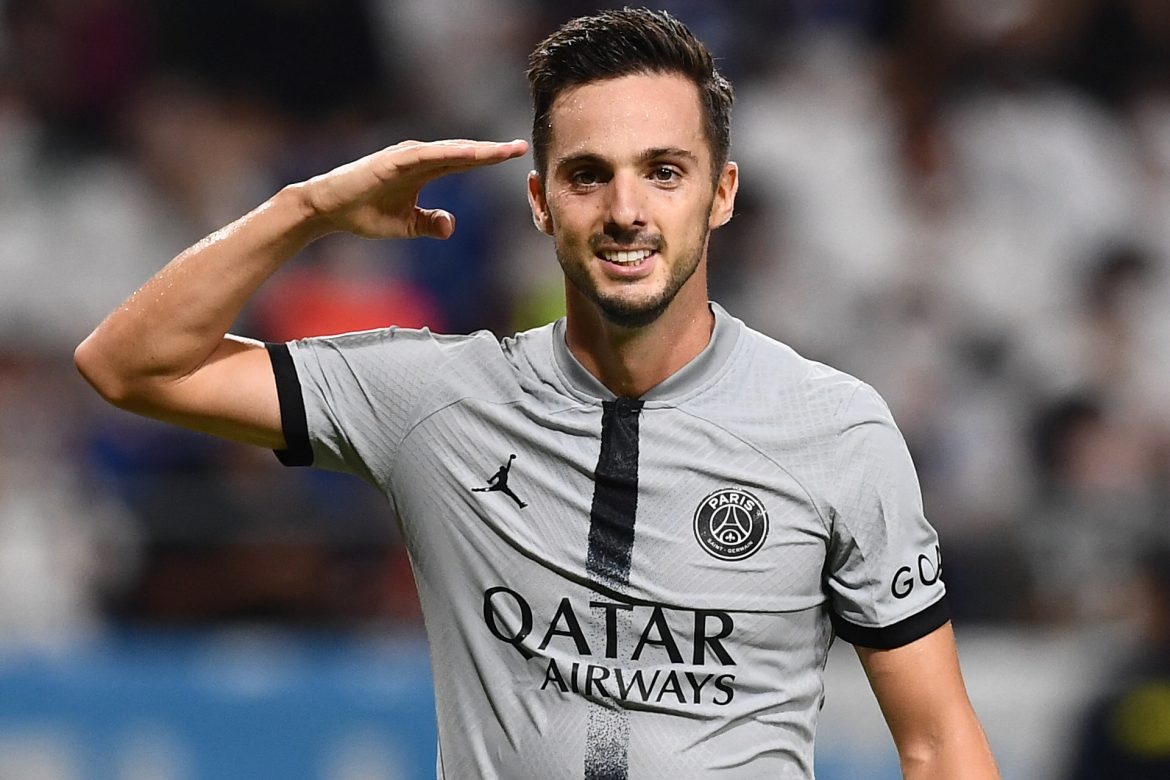 Pablo Sarabia is currently on international duty with Spain. The Spaniards will face Portugal on Tuesday evening in their final group-stage fixture in the 2022/23 UEFA Nations League.

Ahead of the game, the 30-year-old PSG forward attended the pre-match press conference, where he was asked about his decision to stay put at PSG in the summer transfer window. As quoted by Foot Mercato, he said:

“From the moment I arrived in Paris, they showed me a lot of confidence and a good project, a winning team that doesn’t just have eleven players, but where everyone can participate and give their best, which is necessary to win titles. I stayed because I think I will get playing time.”

Since joining the Ligue 1 club from Sevilla in 2019, Sarabia has amassed 22 goals and 12 assists from 85 appearances, including five from this season under the management of new head coach Christophe Galtier. When asked about the lack of playing time, the forward, who has played just 168 minutes of football in Ligue 1 this season so far, opined:

“My lack of playing time in Paris? It doesn’t affect me. Those who know me know that I train in the best possible way, even if it’s true that you don’t play as well as when you train.”