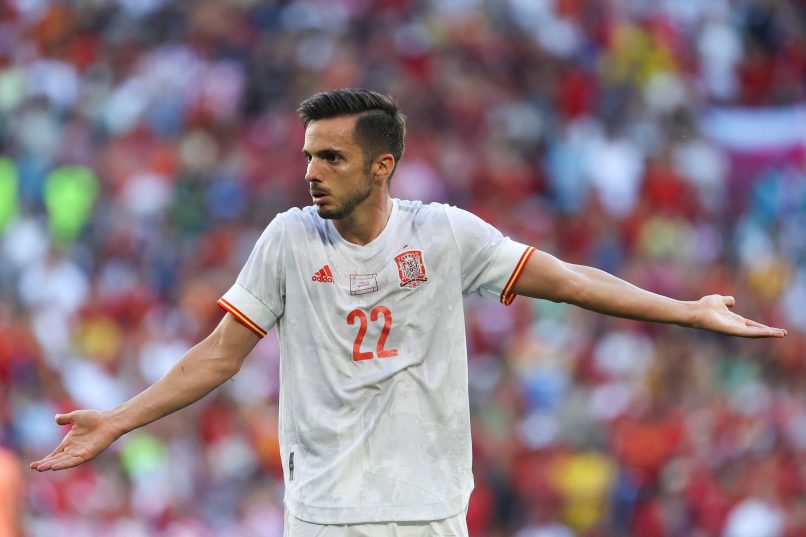 As reported by L’Equipe, PSG’s loanee Spanish forward Pablo Sarabia is expected to return from his spell in Portugal with Sporting this summer and stay with PSG into next season.

The 29-year-old has managed 18 goals for the Lisbon club this term but his current employers can not afford to sign the player permanently, meaning he will return to PSG where he has two more seasons left to run on his current deal.

With a host of forwards expected to leave the club in the transfer window, such as Julian Draxler, Angel Di Maria and Mauro Icardi, Sarabia is expected to stay put in Paris and play the role of reserve forward behind the likes of Lionel Messi and Neymar.

The Spain international, who enjoyed a productive EURO 2020 last summer, has already managed 22 goals and 12 assists for PSG in all competitions across 79 games, many of which were as a sub. Despite the sports daily’s report over the likelihood that Sarabia stays with PSG, given the club’s need to sell a host players to raise funds and combat FFP rules, a suitable offer could yet see Sarabia leave.