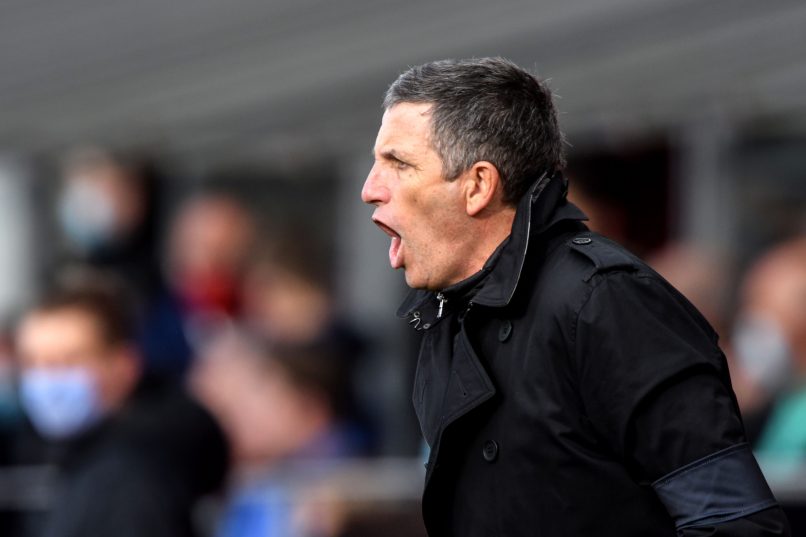 In an interview with Télégramme today, Thierry Laurey, the manager of Paris FC who currently sit second in Ligue 2, spoke about his experiences in the two professional leagues of French football. Laurey has previously been promoted with Gazélec Ajaccio (2015) and Strasbourg (2017).

“I find that Ligue 2 a more human world. In Ligue 1, there are a number of players, and I’m not talking about Strasbourg, who, because they play against Verratti or Neymar, think they’re something that they’re not,” explained the former Marseille, Montpellier and PSG player.

“The environment is not the same. I find it a lot nicer in Ligue 2 even if, from a technical point of view, it’s obviously better in Ligue 1. The second division came at a good time for the calm that it brought me. In Ligue 1, I ended up getting too much exposure,” he said, comparing it to the fact that, “in a big city like Paris, where few people recognise me, it’s nice to be able to go out for a walk and decompress when you want.”