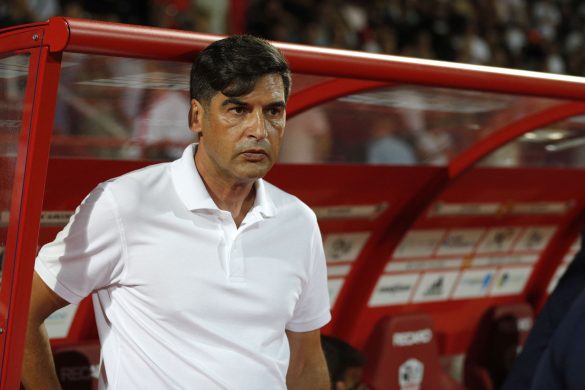 Lille continued their recovery in the Ligue 1 as they beat Toulouse on Saturday in what was their third victory in the last five league fixtures.

Following the game, Lille manager Paulo Fonseca was seen heaping praise on Adam Ounas, who went on to score the decisive goal in the 53rd minute of the match to hand the home side a narrow yet significant 2-1 victory.

As reported by L’Équipe, Fonseca said:

“He brings one important thing to the team, his individual talent. He brings different things to our game, he’s unpredictable, very good technically, one-on-one. But he is not yet 100% physically because he has not played much in recent months. When he will be better in this area, he will be able to bring us even more.”

Jonathan David drew the first blood with a clinical finish in the opening fifth minute of the game. At the start of the second half, the visitors equalised through Farès Chaïbi, only for Ounas to rescue all three points for Fonseca’s team. Signing for the French side in the summer of 2022 from Napoli, the 25-year-old has made just three Ligue 1 appearances thus far.