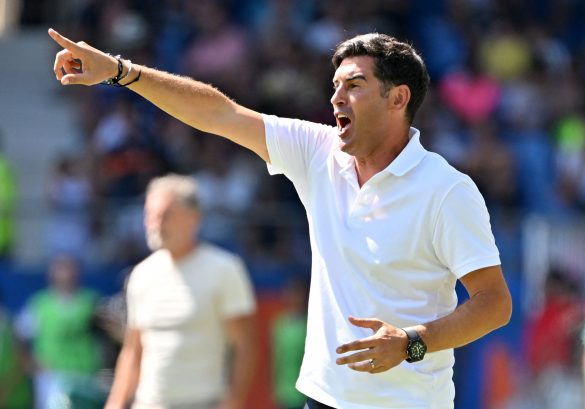 Following Lille’s loss against Marseille last night by a scoreline of 2-1, Les Dogues boss Paulo Fonseca expressed his frustration at the match, claiming that his side deserved at least a point from the fixture – as transcribed by L’Équipe.

“I’m a bit frustrated. As I said, playing against OM is different. It’s difficult when you play on individual strengths. I know that from the Italian Championship. Marseille are a very hard team to play against with incredible players, but I saw some good things from us. We lost on a detail, a free kick. But we disturbed them in their habits. We had a problem on a counter-attack. But I think we could have taken at least a point.”

“It’s (rather) the way OM play. It’s not physical. They were aggressive, they favoured the one-on-one ratio. You saw how impossible it was to get past them with eleven against eleven at Tottenham (0-2 on Wednesday in the Champions League)?”

Christophe Galtier: “With VAR there can no longer be errors.”