Philippe Clement labels Monaco’s first half against Red Star as “one of the best since my arrival.” 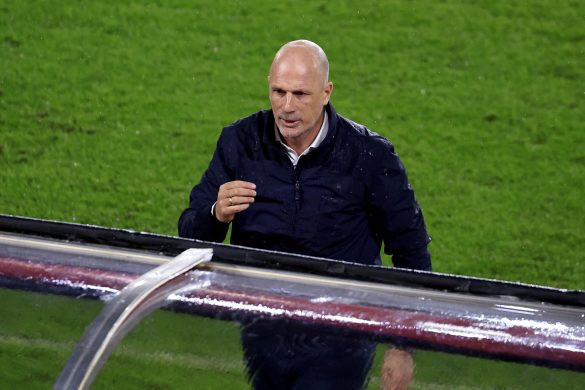 Speaking after AS Monaco’s 4-1 victory against Red Star Belgrade on Thursday night, manager Philippe Clement described his side’s first half as “one of the best” since his arrival in January.

The result assured Monaco’s progression to the knockout stages of the Europa League. However, the Principality side finished second, behind Hungarian side Ferencváros, meaning they will face a Champions League drop-out in the next round.

Monaco scored twice in the first 45 minutes at the Stade Louis II, with Kevin Volland scoring both goals, before completing his hat-trick late in the second half. Wissam Ben Yedder also had a goal ruled out for a marginal offside, while no chances of note were created at the other end.

That prompted Clement to state, “I am very happy. My team have shown that they are capable of showing up in important games. Our first half was very good, one of the best since my arrival.”

Responding to a question from Get French Football News’ Luke Entwistle, Clement also praised his side’s mentality after conceding a goal to Red Star, which gave the Serbian side an unlikely route back into the tie. “It was dangerous at this moment. We continued to play to score goals and create chances. It’s important with a young squad, who have received setbacks in the past months, to show that they have grown. I see a team that is growing every week,” said Clement.

Rennes’ Martin Terrier out with a hamstring issue