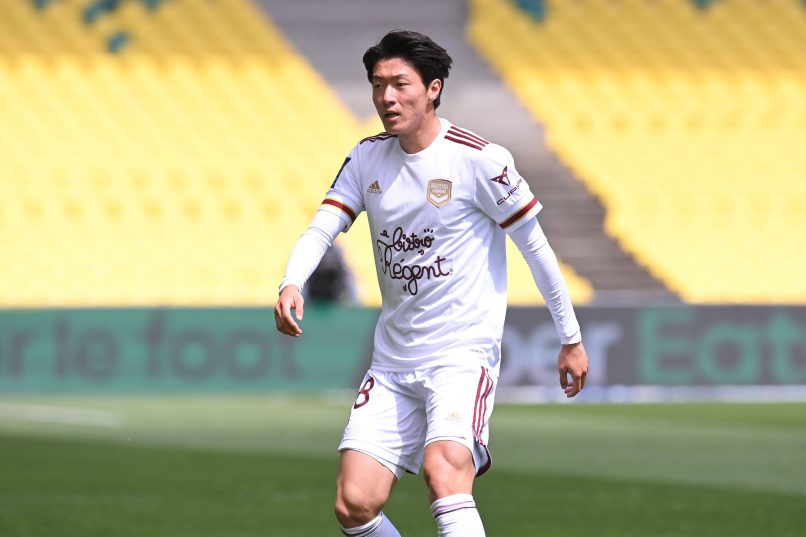 Edson Mexer, 6 – He was lucky to get away with a poor touch that let Thomasson in, who should have scored at 1-0 but made a huge 16 clearances, which was double the second-highest tally on either side.

Fransérgio, 6 – Probably his best Bordeaux display, which isn’t saying too much but he was solid in possession and assisted the third with a clever quick ball to set Hwang on the counter.

Rémi Oudin, 7 – Worked hard on his flank at both ends and often used the ball intelligently. It was his cross that found Hwang for the opener before intercepting the ball in midfield to fed Elis for 2-0.

Alberth Elis, 7 – Always a real handful for any defender, he was a persistent, powerful and direct threat throughout and added a neat finish on the counter for the second before playing in Hwang for what became a crucial fourth.

Hwang Ui-jo, 10 – A superb Hat-trick which could keep Bordeaux in Ligue 1. Nipped in at the back post for number one, beautifully curled in the third and sealed a crucial win a much needed late fourth, rifling home from the edge of the area.

Frédéric Guilbert, 6 – One of few reliable Strasbourg players on the day and made a key last-ditch tackle on Oudin at 2-0 to help prevent FCGB from getting out of sight.

Ludovic Ajorque, 4 – His hold up and interplay was useful after halftime but, for once, offered very little goal threat and it was his horribly wayward ball that directly led to the second Bordeaux strike.

Kevin Gameiro, 7 – His two exacting finishes kept Strasbourg in the game as he fired in a difficult bouncing ball from the edge of the area with the ball behind him and rounded Poussin to neatly tuck home for a tight angle.