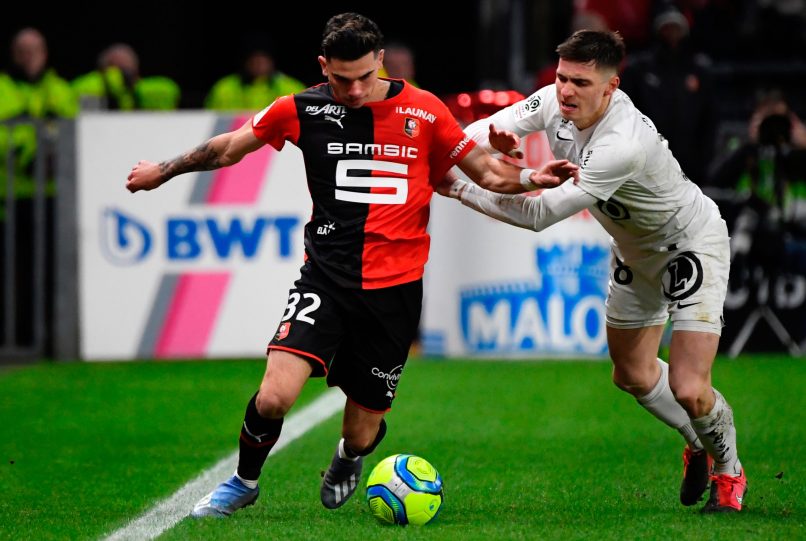 Ouparine Djoco, 6 – Made three stops including an elastic save with his ankle from Terrier who was through on goal at 0-0 before making a specular, if slightly over-accentuated, flying stop from a bouncing Laborde effort.

Alidu Seidu, 4 – Despite ably filling in in recent games, he was hesitant and nervy in an unnatural role at centre-back and was fortunate not to be punished more.

Cédric Hountondji, 6 – He carried Seidu through the game, marshalled his defence well and made one superb last-ditch tackle on Terrier at 0-0 but was perhaps fortunate, like the team as a whole, Rennes weren’t more clinical.

Lucas Da Cunha, 7 – Often lively with Nice but not yet of the required level to be relied upon at the top end of the table, he may have found his level here. It was his clever neat post finish that got Clermont back in the game having been their biggest threat throughout, playing with intensity and positivity.

Loïc Badé, 4 – Organised and well-positioned for the most part, making the most defensive actions of anyone with 18, including 13 clearances, but failed to make even one tackle and had two major lapses in concentration – a weak clearance that fell straight to Da Cunha for 1-1 and he lost Tell for the winner.

Benjamin Bourigeaud, 6 – In making the most shot-creating actions of any one (7), his precise cross for Santamaria’s header and a beautifully whipped centre should have resulted in a goal for Laborde. But he was wasteful in front of goal, being guilty of a weak low shot with Djoco at his mercy and hesitating over a bouncing Terrier cross later on.

Gaëtan Laborde, 3 – Frustratingly wayward in front of goal, missing two huge chances within seconds of each other just after halftime – poking wide with Djoco stranded and volleying, an admittedly tricky chance, over after a stunning Bourigeaud cross.