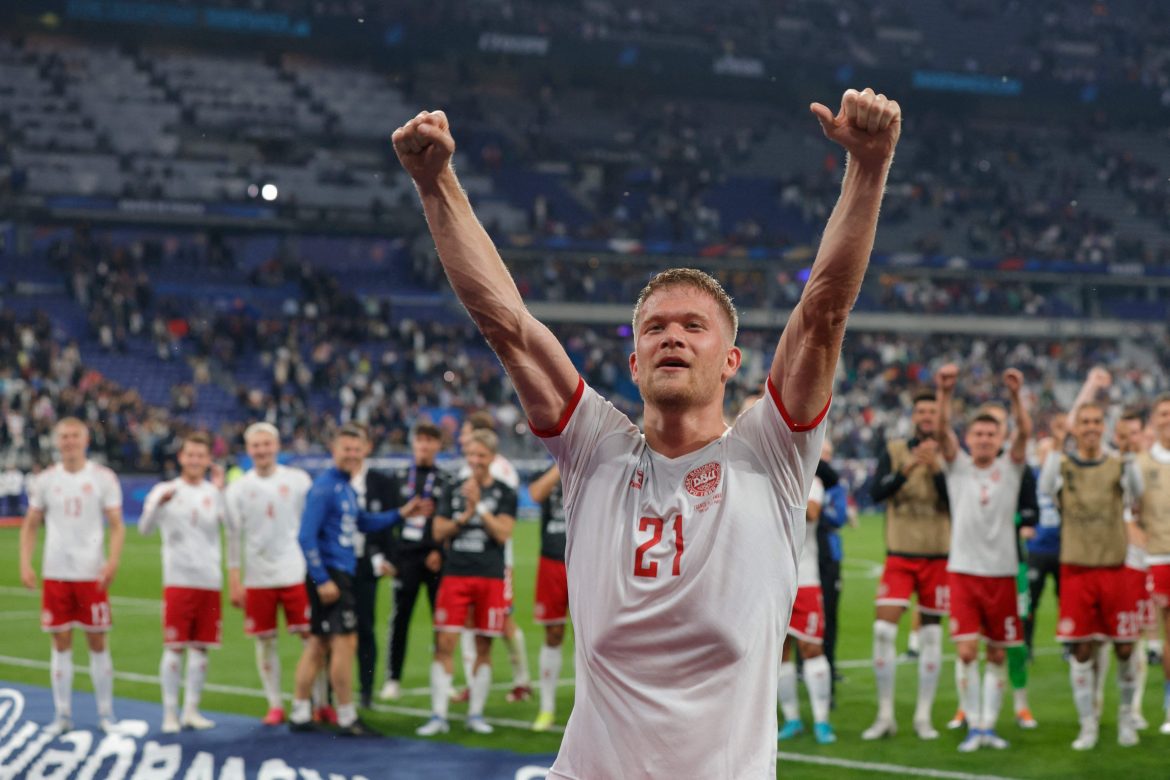 France began their Nations League campaign in defeat tonight, as Denmark came back from behind for a famous win at the Stade de France. Karim Benzema’s slick opener was soon cancelled out by Andreas Cornelius, with the former Bordeaux man adding a second in the dying minutes to seal the three points.

Here’s how Les Bleus fared, on a night to forget:

Jules Koundé, 4 – Minimal Danish threat to deal with throughout the match but was often found contributing to attacking build up, taking a very high possession when his side were in possession. A couple of nice balls played into Kingsley Coman in the final third. Partly at fault for the Danish equaliser, giving away the ball on the right-hand side.

Raphaël Varane, 5 – Decent performance, including a strong and well-timed tackle on Nice’s Dolberg just before half time. Second French player to be subbed off with injury, just before the hour mark.

Lucas Hernandez, 3 – Little involvement in the game but ought to have communicated better with his brother to deal with Cornelius, who tucked away the Danish equaliser without pressure.

Théo Hernandez, 4– Looked typically powerful going forward on a couple of occasions, but was unable to stop Denmark’s comeback. Ought to have worked better with his brother and crucially played Cornelius onside for his second goal.

Aurélien Tchouaméni, 5–Decent performance from the man in demand: not quite as impactful as Pogba, whose position he took tonight, lacking the vision of the 29-year-old. However, broke up Danish play on a couple of important occasions.

N’Golo Kanté, 6 – Effective in breaking up Danish play as expected, but ought to have added a goal to his tally with a great effort striking the post from 20+ yards in the 80th minute.

Kingsley Coman, 6–Threatened the Danish back line with his pace, as to be expected, but unable to create any genuinely dangerous opportunities. Minimally tested in his defensive capacities by Maehle but tracked back well at times.

KylianMbappé, 5 –An unusually quiet first half ended in a precautionary substitution just before the break. Les Bleus will hope the injury to his left knee will not rule him out of the side for long.

Karim Benzema, 7 – The star of the French show tonight, looking particularly confident on his return to the Stade de France after Saturday night’s success. A disallowed goal and an impressive dribble through the Danish defence in the first half pre-empted his beautifully taken second half goal.