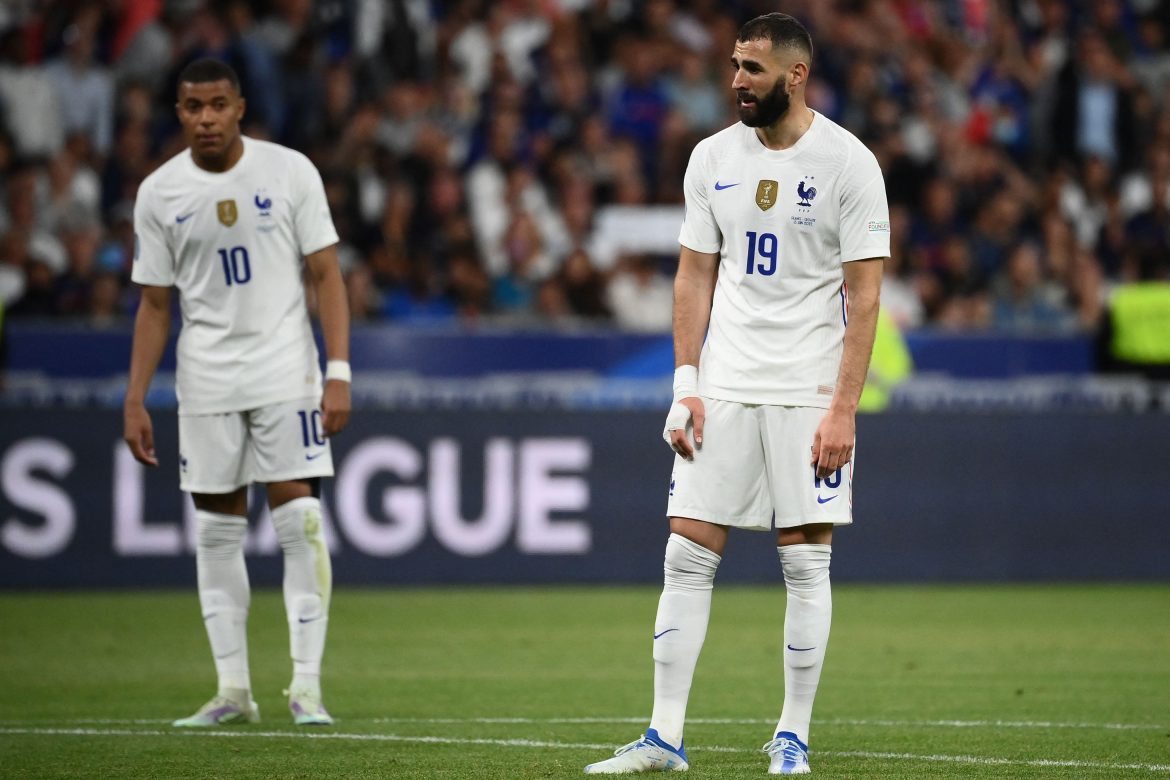 Les Bleus rounded off a cataclysmic start to their Nations League campaign with another defeat at the Stade de France, this time to Croatia as Luka Modrić’s early penalty proved to be the winner.

A tired but also tactically incoherent France side barely threatened to break down the Croatian defence throughout the game, barring some brief initiative-taking from Kylian Mbappé and Christopher Nkunku.

The loss leaves Didier Deschamps’ men rock bottom in group A1, on two points. With first place now mathematically out of reach, Les Bleus will even be relegated to League B with defeat against Austria in September. Far from promising just 5 months away from the World Cup.

Mike Maignan, 6 – Solid performance from France’s second keeper. Was unfortunate not to keep out Modrić’s penalty, which he got his right hand to. Was alert when called upon, particularly when Budimir found himself in behind.

Jules Koundé, 4 – Poor from the Sevilla man, who was often out of position, or too slow to return from his high position when his side lost possession. Saved by Konaté when he failed to deal with Modrić’s sumptuous first-half through ball.

Ibrahima Konaté, 7 – Dominating presence on just his second international appearance. Was almost always the last man to intervene in the Croatian build-up and very unlucky to have given away the contentious first-half penalty.

Presnel Kimpembe, 6 – Typically important in the French defence and stopped Croatia from converting their pressure into genuine attacking threat.

Lucas Digne, 6 – Contrasting performance to his fellow full-back, while taking up a similarly high position in possession. The Villa man was far more positive and linked up with Mbappé up the left wing to threaten Croatia’s defence well.

Boubacar Kamara, 3 – A poor start from Aston Villa’s newest signing with a number of loose passes and a lack of forward vision, but began to redeem himself towards the end of the first half with a couple of nice moves, before being substituted at the break.

Karim Benzema, 4 – A particularly quiet game for the 34-year-old, who seemed to know the summer break was just 90 minutes away. His minimal involvement was indicative of the lacklustre attitude, particularly in the first half.