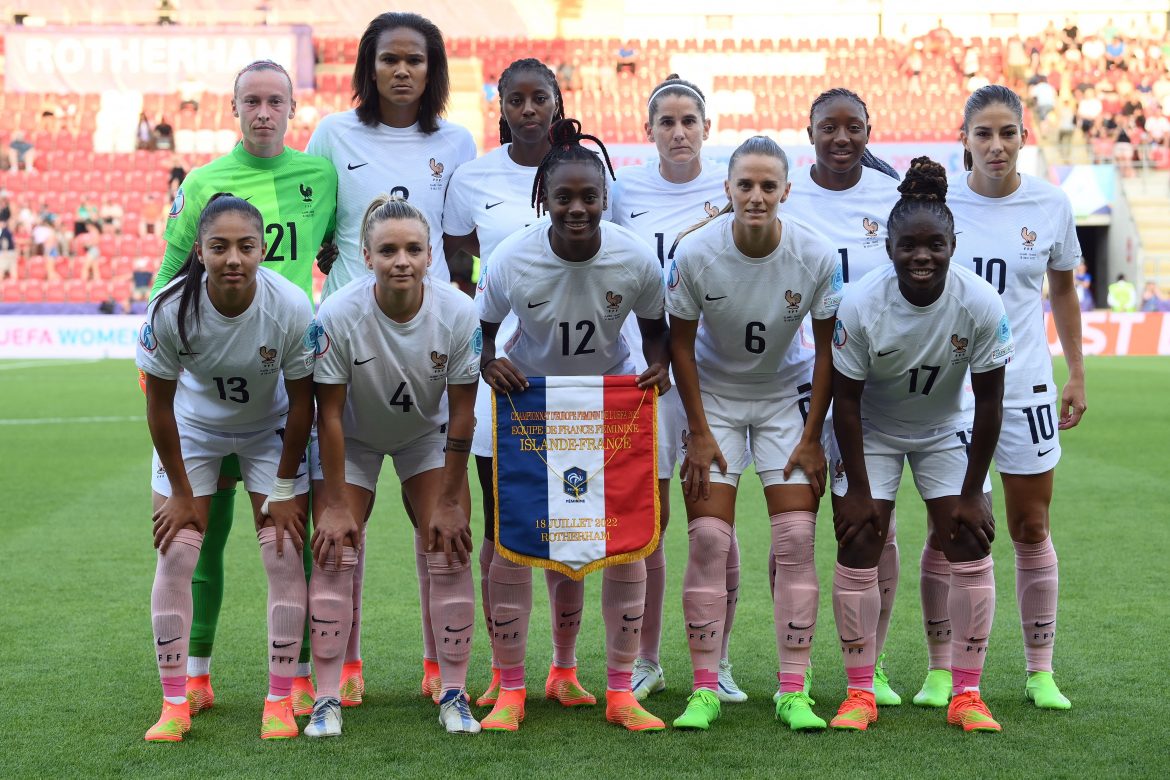 In a game where Corinne Diacre made 6 changes to her starting line-up, France started quickly with the quickest goal of the tournement thus fur via a smart finish outside of the box from Melvine Malard in the first minute. It looked as though France would kick on with Malard deputising well for the injured Katoto. However, the warning signs were there as Iceland were threatening from set-pieces and aerial attacks which were defended well, but Les Bleues couldn’t double their score line after two goals were ruled out from Geyoro and Malard. Iceland put on the pressure, and earned a penalty after a lengthy consultation with VAR nine minutes into injury time which was scored by Brynjarsdóttir.

Pauline Peyraud-Magnin, 5 – Whilst there was not much she could do to stop the last minute penalty, she had a hard time dealing with Iceland’s aerial bombardment throughout the game, but did well to relieve the pressure with some calm collections in the latter stages – yet they were in vain.

Wendie Renard (c), 6 – Along with her defensive partner Tounkara, Renard dealt well with Iceland’s aerial attack and frequently joined in with France’s attacking movements, disappointing to concede a penalty in the last minute and lose the clean sheet.

Clara Matéo, 7 – Was dominant in the first half, which saw her assist Malard for quick-fire opening goal with a beautiful driving run and lay-off for the striker to finish. She also assisted one of the two ruled out goals with a dangerous low-driven cross which was ultimately handled by Geyoro before being flicked into the net. Faded in the latter stages of the game.

Melvine Malard, 7 – It was a perfect start as a replacement for Katoto, after latching onto Matéo’s layoff and finishing smartly between the keeper’s legs. She was a threat for the majority of the game with driving runs in behind and a quick reaction for what would have been her second goal if she wasn’t offside. She’s made a claim to start the quarter-final against the Netherlands.

Sandy Baltimore, 6 – She was a bright spark in a slow mid-match phase for France, but she started well with high energy and a willingness to press up the pitch with Malard. However, as Iceland regained agency in the latter stages of the second half she began to fade out the game.