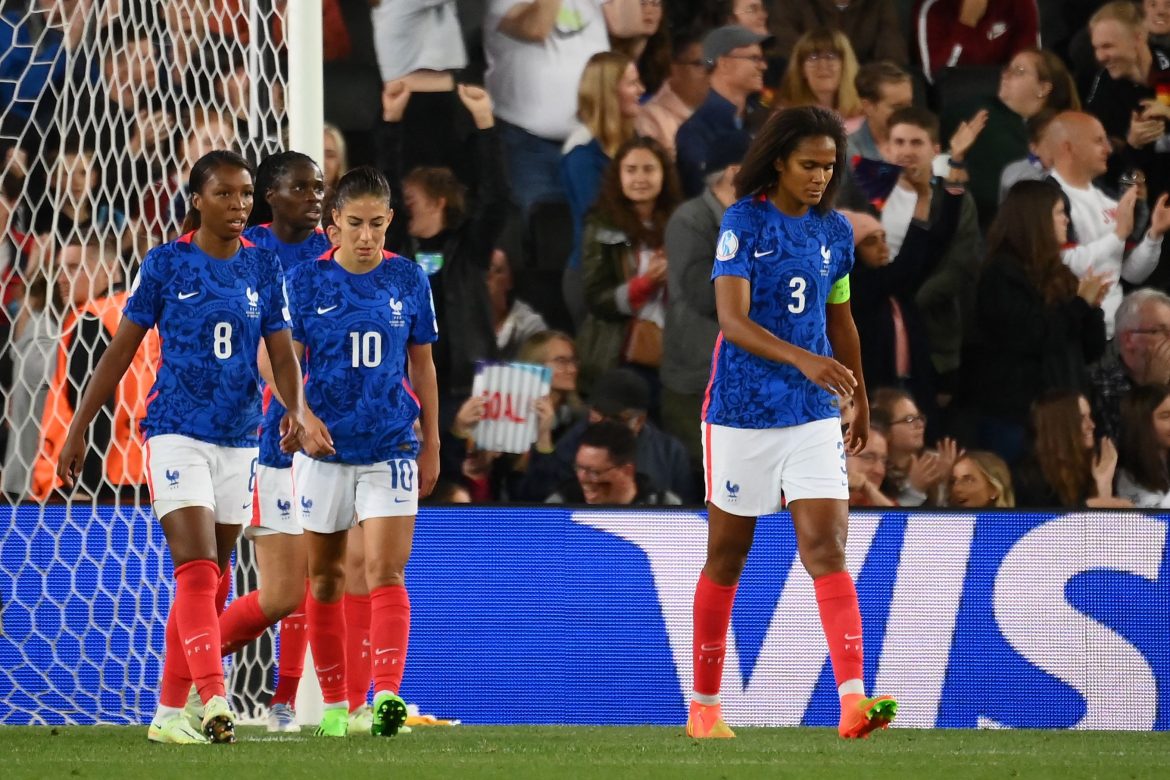 On their first ever appearance in a Euros semi-final, Corinne Diacre’s women have fallen at the last hurdle, missing out on the opportunity to play England at Wembley on Sunday. In a very tightly-contested game, the two teams were separated only by Alexandra Popp’s clinical finishing, with France’s flamboyant attack suffocated by Germany’s well-organised defence. The talented French squad therefore extends its trophy drought, having never won a major title.

Pauline Peyraud-Magnin, 3 – A very shaky first half from France’s number 1, not unlike her performance against Iceland, where she made poor decisions in dealing with crosses and through balls. Redeemed herself with a good save from Popp’s first-half free kick and could do nothing about either of Germany’s goals.

Ève Périsset, 4 – Worked hard to slow down the German attack with some success but perhaps ought to have been goal-side of Popp to stop her giving Germany the lead.

Wendie Renard (c), 6 – Led from the back with a strong defensive performance, shrugging off German attackers and sweeping up through balls with ease.

Griedge Mbock, 4 – Decent performance in the face of a dangerous German attack, with nice vision playing balls forward to the wings, much as Renard has done throughout the tournament. Easily beaten in the air by Popp for her second goal.

Sakina Karchaoui, 3 – Disappointing performance from one of France’s best players in these finals. Failed to beat players carrying the ball forward as she has over the last weeks and frequently lost the ball in dangerous areas.

Grace Geyoro, 6 – Intense performance from the first game’s hat-trick hero, leading the press and winning the ball on a number of occasions.

Kadidiatou Diani, 6 – Decent performance from the tricky winger, who tried to implement her positive footwork but couldn’t threaten quite as much as in previous games. But it was her positive thinking that put France back on level terms with a powerful strike just before half time.

Delphine Cascarino, 6 – Much like her fellow winger, struggled to threaten quite as much as she’s used to but kept driving forward with the ball.