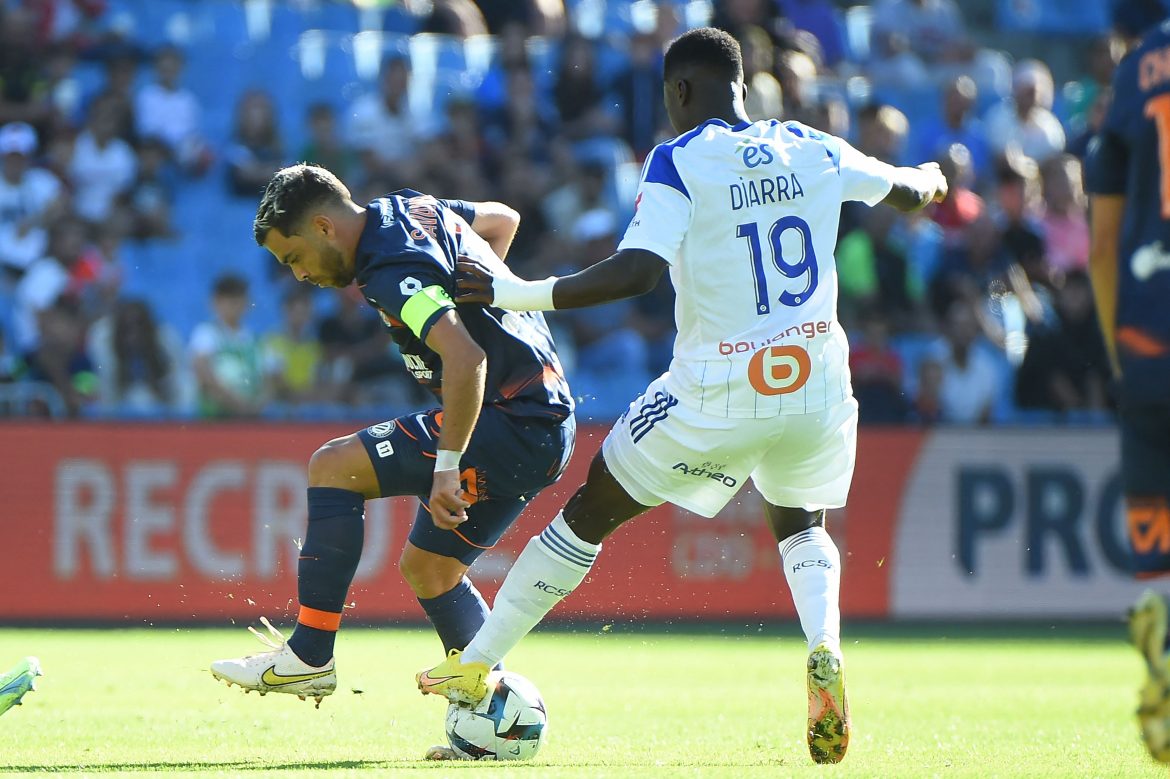 Téji Savanier blasted home a penalty with almost the last kick of the game to gift Montpellier the three points. Arnaud Nordin’s header from Savanier’s corner looked to have gifted Montpellier the three points, but a late Habib Diallo equaliser looked to have salvaged a point for Strasbourg, before Savanier’s last-gasp heroics.

Montpellier Julien Stépan’s side look unrecognisable from last season, when they were European challengers. With a record of five draws and three losses, they remain in the relegation zone. Montpellier meanwhile, ended a two-game losing streak to rise – temporarily – back up to sixth.

Maxime Estève – 7 – His last-ditch, goal-saving slide tackle from Gameiro looked to have been enough to secure the three points for Montpellier. He was solid throughout, even if Montpellier couldn’t

Téji Savanier – 9 – Montpellier’s main threat came from set-pieces and from Savanier. He has an incredible ability to consistently find the right zones from dead-ball situations. He set up Nordin for the opener and found his teammates on numerous other occasions. Late in the first half, an inswinging cross found Nordin’s head again, and his flick-on was bundled in by Cozza, only for the offside flag to save Strasbourg. He kept his cool to slot home the penalty in the dying seconds of the game. A goal, an assist, and a near flawless game.

Elye Wahi – 7 – Not his day, but a livewire and a constant threat throughout. He lacked the clinical edge that he has shown in recent games, but his runs in behind, the timing of those runs and his general position play were key to Montpellier’s attacking phases. As well as a clinical finisher, he is slowly becoming a more rounded player.

Matz Sels – 7 – The goalkeeper kept Strasbourg in the game with another impressive display. He frustrated the free-scoring Wahi with a good instinctive stop from close range, and in the second half, he perfectly anticipated Wahi’s pass across goal, preventing a certain Khazri goal. A rare bright spark in a sub-par start to Strasbourg’s season.

Jean-Ricner Bellegarde – 4 – It was his clumsy foul that gave away the penalty in second-half stoppage time as Strasbourg let their point slip.

Habib Diallo – 6 – Montpellier didn’t create much, but what they did create fell to him, and. at least in the first-half, he lacked the cutting-edge to finish. He dallied in possession when in a great position in the first half, before losing the ball without getting his shot away. His one-footedness showed in the second half when he perfectly brought down Doukouré’s long-range pass, but relying on his right-foot he blasted high and wide when 1v1 when the situation required him to use his left. He did use the left in the dying minutes and with devastating effect as he volleyed into the bottom corner to level the scores.