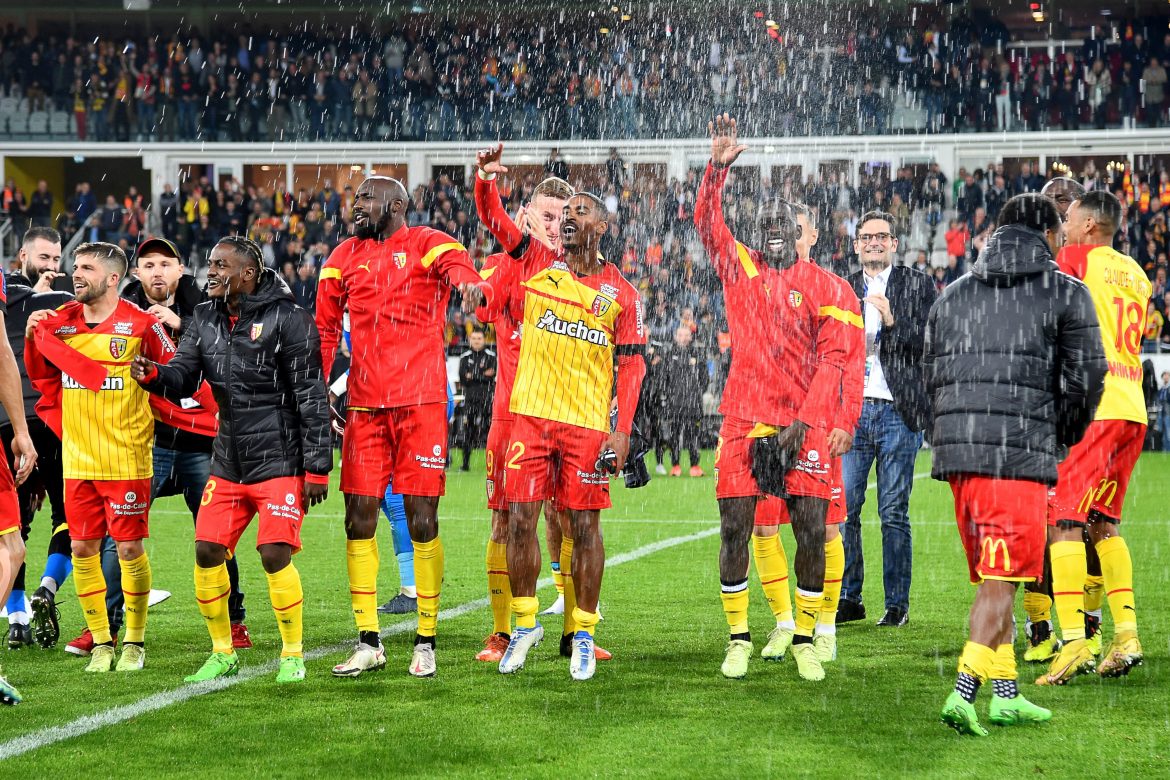 Lens win at home against Lyon in a game which saw long periods of dominent home possession, as Lyon lose their fourth game in a row as they enter their worst run in 31 years. Peter Bosz’s side looked void of creativity and attacking spirit up front with Alex Lacazette, Toko Ekamba, and Tetê looking majorly disappointed. The Sang & Or story continues as Franck Haise’s side impressed once again at home, extending their winning streak at the Stade Bollaert-Delelis to five games. Florian Sotoca scored a penalty after Mendes was adjudged to have made contact with the ball with his hand.

Danso, 8 – An incredible defensive performance from Kevin Danso, who didn’t give Lacazette a sniff all night long with fine defensive positioning and recovering tackles. Was a source of attacking threat on the ball, and moved it effectively up the pitch to create oppurtunities for Lens’ midfield players.

Cabot, 7 – A lively performance from Cabot as he threatened all night long down the right hand side for Lens, his driving runs. Worked tirelessly and almost scored a wonderful long-range effort.

Abdul Samed, 8 – His hard work in midfield is starting to get recognised, as he put in another stellar performance for Frank Haise’s side. His energy and vital screening were key to his side getting the win against Lyon tonight.

Sotoca, 7 – He’s such a vital part of Lens’ attack with a great amount of intensity, playing behind Loïs Openda – he tested the Lyon defence all night long and worked tirelessly all game long. He deserved his penalty as a reward for his underrated attacking work – as he increases his tally up to six for the season.

Lopes, 7 – Lyon’s shot-stopper had the brightest performance out on the pitch tonight, and kept Les Gones in the game in what would have surely been a route without his important close range saves in the second half and a number of one-on-one situations which he masterfully dealt with.

Diomandé, 6 – Has showed Peter Bosz that he probably should be in the starting eleven more often than not for Lyon, despite the negative result. Alongside Lopes and Mendes, Diomandé was defensively sound in what was his first start this season for Les Gones, he propped up a team that was ineffectual in attack, but defended well to keep Lens at bay in the first half.

Cherki, 4 – The youngster started behind Lyon’s front three, but struggled to find any attacking rhythm or to test Brice Samba in any way possible. Lyon’s attack was disjointed, and Cherki’s below par performance played a big in that.

Tetê, 3 – The Brazilian showed a real lack of self-belief and assurance out on the pitch against Lens. His usual driving runs and dribbling ability was nowhere to be seen – and a real lack of intensity took hold of the winger early on. He was outsmarted, outfought, and outthought by defenders for the whole match. A bad day at the office.

Lacazette, 3 – Cut a frustrated figure with very little service for the Frenchman, who had to drop into midfield a number of times to collect the ball. His pass completion was woeful and did very little to offer anything to his side in an attacking sense. Along with the rest of the front three, he looked lost and directionless – and as Lyon’s captain was caught more often than not arguing with his teammates.