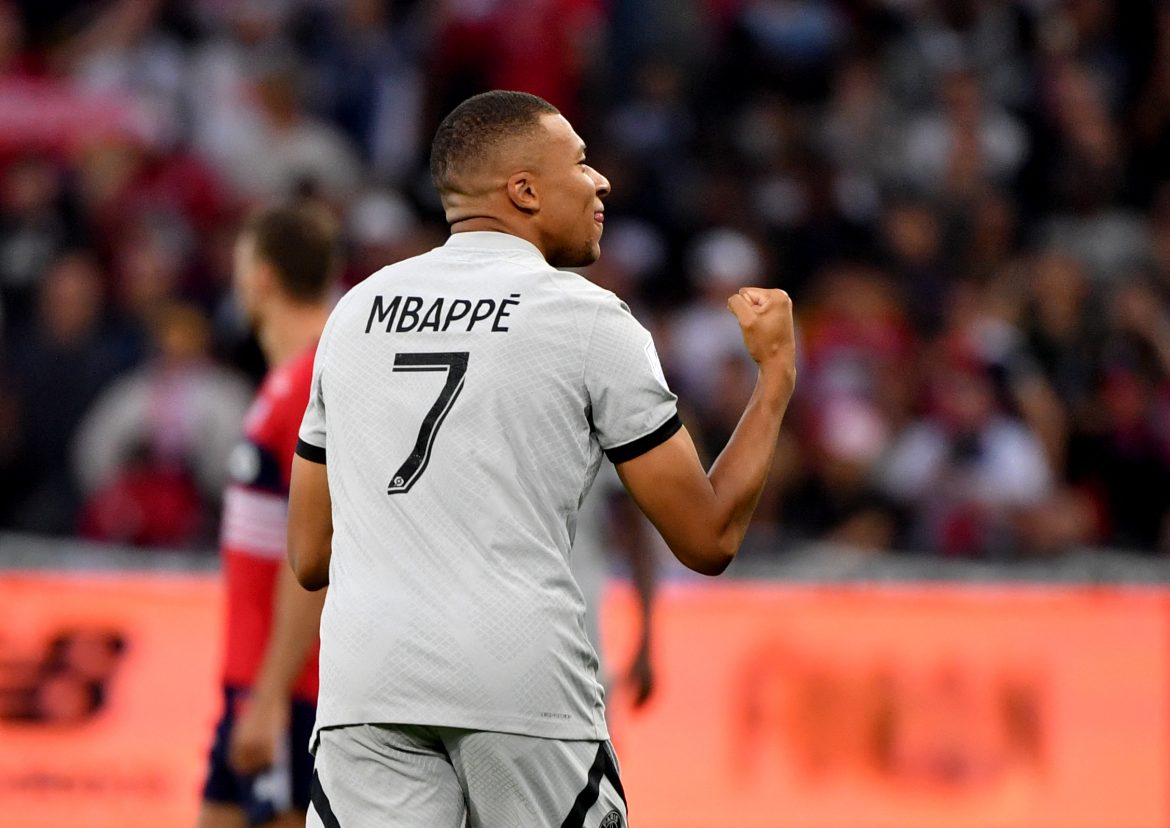 Paris Saint-Germain continued their transformational form under Christophe Galtier this season with another convincing win against what had been a renascent Lille side under Paulo Fonseca until now.

The visitors went into half-time with a 4-0 lead, as Kylian Mbappé scored the joint-quickest goal in Ligue 1 history from a Lionel Messi ball over the top, before the Argentine found the net himself while Hakimi and Neymar also got on the scoresheet. The Brazilian then added a second early on after the break before Jonathan Bamba capitalised on Gianluigi Donnarumma’s parry to pull one back – but Mbappé’s double would restore the deficit, and his hat trick would come before the end of the game.

With Monaco at home up next for the champions, their goal of finishing the season unbeaten is currently looking well within reach.

José Fonte, 2 – The veteran constantly caught out by PSG’s balls over the top as the triple threat of Messi, Neymar and Mbappé proves too much to handle, despite all of his experience. A sobering night.

Jonathan David, 5 – The Canadian managed some good efforts in the first half and made Donnarumma work amid his teammates’ defensive car-crash, although he did fade away in the second.

Lionel Messi, 7 – A scintillating first half that started in the best possible way with a ball over the top for Mbappé’s opener inside ten seconds, before adding a goal of his own shortly afterwards. A dominant playmaking display which somewhat faded away in the second half, however, and the Argentine was something of a passenger by the end of the game.

Kylian Mbappé, 8 – The Frenchman and Neymar appear to have buried the hatchet after last week’s “penaltygate” mini-scandal, combining well down the left against a Lille defence which were at sea. A hat-trick which includes the joint-quickest goal in Ligue 1 history.

Neymar, 10 – Well and truly PSG’s main man this month – the Brazilian with a hat trick of assists and a double to his name, making it 5 goals and 6 assists for the Ligue 1 season so far.