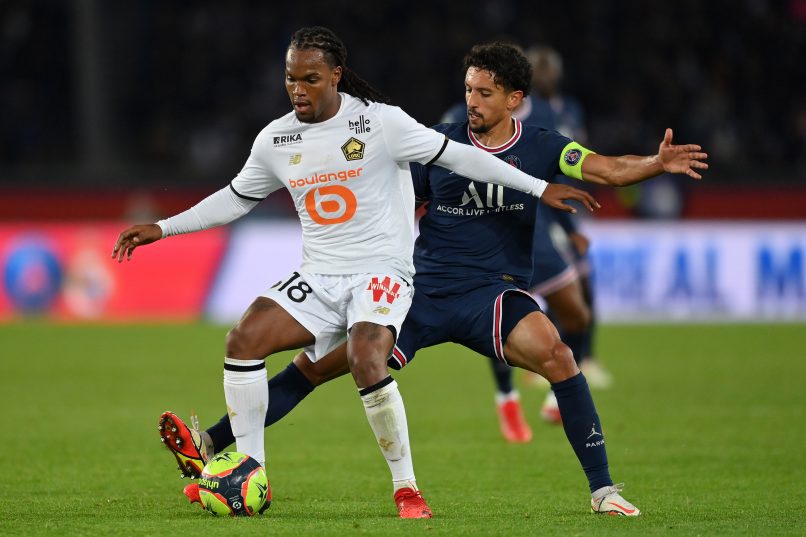 Reinildo Mandava, 6 – Beat Nardi to Sanches’ cross late in the first half to head his first goal for Lille in his 86th game.

Renato Sanches, 7 – Ran the game with ease before being withdrawn just after the hour as his positive passing and play progression dictated the pace and rhythm of Lille’s attack throughout. A relatively hungry and intense display, typical of Sanches this season. His free-kick set up the third for Reinildo.

Jonathan Bamba, 6 – A threat in the first half and it was his run and cross that created the opening goal for Lihadji but drifted through the second half with the game won before an early subbing.

Isaac Lihadji, 6 – He should see more game time in the coming weeks with Ben Arfa not yet fit as well as others having departed and was a useful outlet in the first hour. It was he who tapped in the opener on the goal line after the ball luckily fell to him.

Paul Nardi, 1 – At fault for at least two of the three first-half goals. A woeful flap at Bamba’s cross led to the opener for Lihadji and he rashly flew out for the third to allow Reinido to head home. It was also his palm, a little unfortunately, that hit Jenz for the own goal.

Moritz Jenz, 2 – Static throughout the first half especially and seems out of his depth in this league on the evidence of this performance. Badly struggled with the pace of Bamba and David but was a little unfortunate to see the second bounce in off his stomach.

Terem Moffi, 3 – Woeful in the first half with a slow and wayward display, clearly devoid of any confidence with no goals in 15 games, but increased his intensity after the break to sneak a 3.