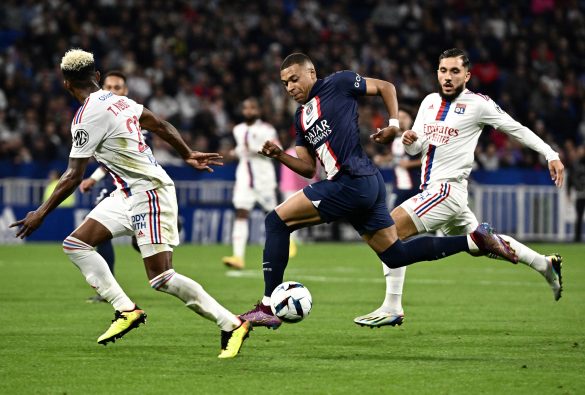 It was a third straight defeat for Lyon, but not for want of trying – PSG were made to work to stay top of the table as an Alexandre Lacazette-led home side constantly worked the defence. Les Gones fans could well have feared the worst after Lionel Messi opened the scoring within five minutes, slotting it into the bottom left corner after a great one-two with Neymar. The home side, though, very much put up a fight in the rest of the match.

The rest of the first half saw a rampant PSG string together chance after chance in the first twenty minutes, before Lyon slowly began to grow into the game and made it a far more open affair. The game followed much of the same dynamic after the break, as a resilient Lyon kept the visitors at bay but were ineffectual in front of goal. Despite some stellar defensive work from Anthony Lopes and Thiago Mendes, though, the hosts were unable to find the breakthrough.

Lionel Messi, 7 – PSG’s best player tonight – aside from opening the scoring early on, the Argentine was constantly at the heart of the build-up and even continually dropped back to help

Kylian Mbappé, 3 – A decidedly poor game from the Frenchman tonight, who far too often sought to go it alone rather than get his head up – some decision-making which prevented PSG from putting the game beyond reach earlier.

Thiago Mendes, 9 – The Brazilian was imperious – especially in the second half- and very much won his battle against an ineffectual Kylian Mbappé. A redemptive performance after being criticised of late.

Alexandre Lacazette, 7 – A tireless performance from the former Arsenal man, who constantly tracked back and brought the ball forward in his team’s counter attacks. His finishing touch may have been lacking but it was a real captain’s performance.