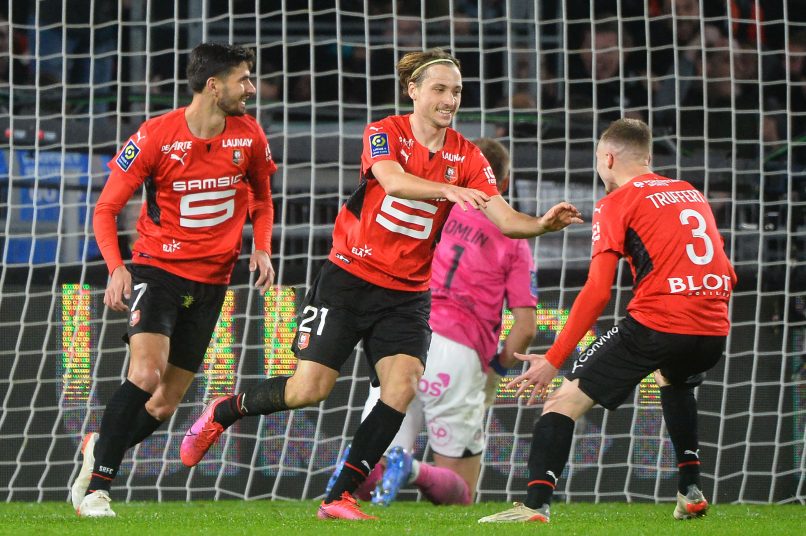 Anthony Lopes, 3 – He made a couple of solid early saves but his handling and distribution was wayward, which has sporadically been an issue for him in recent seasons. He nearly threw one in after mishandling a simple high ball before his under-hit pass failed to reach Lukeba which directly led to the third.

Lucas Paquetá, 6 – Despite his team’s awful defensive display, his passing, close control and link-up with Dembélé was a real threat in the first half and he was central to most of OL’s attacking play. After a dip in form around the turn of the year, he’s been back near his best of late and is running this side again.

Moussa Dembélé, 6 – His movement was a real threat before the break and could have had a hattrick, firing over twice and there was little he could do about the catastrophic defending from his teammates. He was largely absent in the second half but won and rolled in the penalty late on.

Benjamin Bourigeaud, 8 – His intelligent use of the ball and precise deliveries both from wide area and on the counter unpicked OL throughout. He calmly slotted home the opener before his corner lead to the second and he assisted the third for Majer.

Lovro Majer, 8 – Classic Majer. He has very little pace but doesn’t need any as he drifts around midfield picking passes and always making the right decision to start dangerous counterattacks. He was on hand to slot home the third and put Terrier in for 4-0.

Gaëtan Laborde, 7 – His physicality was an issue all game for OL as it was in holding off Mendes before a deft pass for Bourigeaud created the first. He also picked off Lopes’ weak pass for 3-0. His intensity and understanding with others were again crucial to Rennes fluid style even if he did manage to squander some major openings.